Recently, Nokia has released two new mobile models that are really amazing because of features and characteristics they contained. These two amazing mobile models are Lumia 800 and Lumia 710. There is a great difference between these two models but you can consider them from the same series as these are the upgraded versions of Nokia N 9. The features of Lumia 710 resemble with the Nokia N 9 so it is awful and excellent for the Nokia mobile users who are waiting for the latest mobile models. This mobile contains latest applications and options for the users. These applications and options are given below so the readers should compare the Lumia 710 with other Nokia smart phones after reading this article. 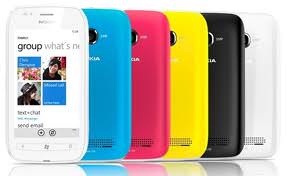 What is the special feature of Lumia 710?

The most important feature of the Lumia 710 is the capability to run the operating system of Microsoft Windows 7. Yes, this mobile use Microsoft Windows 7 for its operating system. In order to find the importance and significance of Lumia 710 you can visit the markets and mobile shops to find mobiles that use windows 7. Remember, this mobile is Nokia’s first mobile that uses the windows 7.

The Lumia 710 is a submissive device. Like Lumia 800 this mobile has 1.4 GHz processor. Now it is easy to understand the fast and fluent working of this mobile because it contains high capacity processor. The mobile is equipped with a well know wireless technology that is known as Qualcomm. The MSM 8255 chip is present in this mobile to provide the users the facility of e-reader. The e-reader is essential for the smart phone users because they use these mobiles for web browsing and business activities. The size of this mobile is 3.7 inch with amazing 800 x 480 color pixel display. This display entertains the users by displaying high quality videos and movie clips. The Lumia 710 is popular for the better display options because it contains 3G capabilities plus extraordinary EDGE options. Instead of a display screen of AMOLED the Lumia 710 has TFT LCD.

This mobile phone has a camera of 5 MegaPixel. The storage capacity of this mobile is less than Lumia 800. Lumia 710 contains a total of 8GB memory in system. However, the battery is 1300mAH that is enough for the regular users who use the mobile for fun and entertainment. It means you can play songs and videos for longer periods of times.

The price of Lumia 800 is higher than Lumia 710. That’s why the experts and reporters are considering it an inexpensive release by Nokia. According to many mobile marketers the price of this mobile is reasonable for the users. The Lumia 710 also contains back covers and casings. Unlike its brother mobile Lumia 800, it is available in many colors.  Nokia is looking forward to ship this mobile with 7.5 mango apps and ESPN apps for the users.

Author Bio:- Crystal J. Briscoe is from Self Test Engine. Looking for 117-201 exam help? Let’s take advantage of Self Test Engine VCP-410 Exams training and pass your IT exams on first try.