Should I or should I not sell my BlackBerry Curve? Other people have been selling used BlackBerrys of late ever since Research In Motion experienced a steep decline in their smartphone market share. Why shouldn’t I do the same?

I’ll tell you why: It’s because I’m not a lemming. I don’t just mindlessly follow what other people do just to feel that I somehow fit in. They’re selling used BlackBerrys? Good for them and all that, but I don’t really see why I should; at least, not just yet. 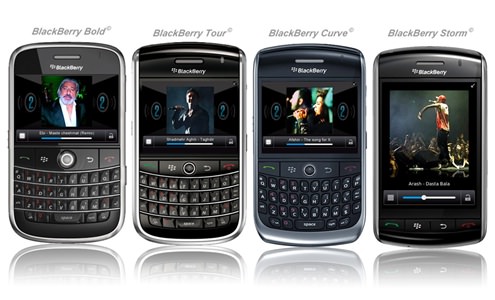 So what if the BlackBerry isn’t the smartphone sales powerhouse it once was? That doesn’t make my phone any less functional, just less popular. Don’t get me wrong, I think the iPhone is pretty nifty and all, but I could also say the same for the BlackBerry I currently have.

If anything, having one of the (probably) relatively few remaining Curve 8900s in the world makes me feel part of a special group of sorts; like a secret society.

Okay, that may be running a bit too far with my thoughts, but you get the idea. And needless to say, no, feeling like a part of that group doesn’t make me a lemming; I never went out of my way to do something that warranted membership (such as it is). It just happened.

Anyway, the point that I want to bring up is that the BlackBerry still has features all its own that make it distinct from every other brand of smartphone out there. The keyboard is one, and it is no small matter. Remember, the BlackBerry touts itself first and foremost as a “serious businessman’s phone.” Theatrical designation aside, the BlackBerry does feel every bit like a professional’s accessory, and the keyboard is a huge part of that. There’s just something wonderfully tactile (both literally and figuratively) to using it. The keys are raised and spaced apart just right, and pressing on them feels very natural.

Going hand-in-hand with the keyboard is the BlackBerry’s highly praised emailing capabilities; ask any businessman, and he’ll tell you that emailing is very much a huge part of what they do. The BlackBerry delivers this business essential in spades. Whether its creating multiple contacts by bulk, setting up a real-time connection with an office, or simply writing emails on the go, everything email-related just feels organic and functional.

The BlackBerry also has other things going for it: Its exceptional network security, its stance on app streamlining, and whatnot. However, it’s those two attributes mentioned above that really make it stand out for me.

I’m holding on to my BlackBerry for now. Others may think of replacing theirs, and that’s okay if they really feel the need to switch. Still, I just want all of you to keep in mind that the BlackBerry was king back then for a reason; and if those features which made it king were the features which attracted you in the first place – and perhaps they still do – then it could be a wise move to keep those Berrys for the time being.

Author Bio:- Crystal is a web promoter and a content blogger for Cashforsmartphones.com – a place where you can sell your old cell phone, iPhones, Blackberrys, laptops and used electronics for top paid cash.