Pokemon fans are going to be a little bit happier, at least the ones in Japan will. Anyone who has scoured the Apple app store has notice a gaping hole where Nintendo games should be. Fans have been anxiously awaiting the availability of some of their favorite retro games staring a certain overall wearing plumber, but sadly they have not presented themselves. The reasoning behind this is simple. Nintendo has not wanted to venture into the mobile device gaming world with the exception of their set of handheld devices. This means that the fact that Nintendo is releasing its first app to the mobile device world might be a good sign of the fact that there may be a chance for getting some of your favorite games. 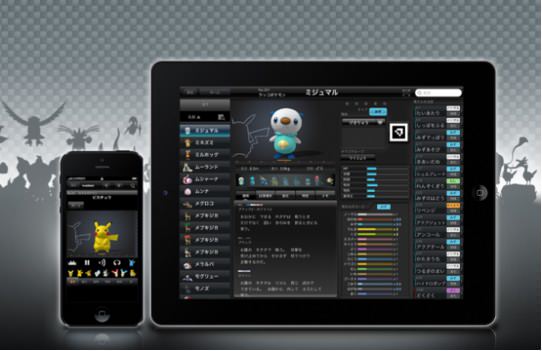 It is true that Nintendo has been anti Smartphone and Tablet gaming. The first app that they are releasing is not actually a game, but a helpful app to some of their gamers. The app is called the Pokedex, and unfortunately it is only available to those Apple mobile device users that reside in Japan. It is unknown if the app will eventually be available on the Apple mobile devices of those that reside in the United States or anywhere else in the world, but many people are hoping that the fact that the first one exists somewhere in the world is a very good sign.

Nintendo is a Japanese based company, so it is no wonder that the first app was released in Japan. There is talk that eventually it will make its way to the states, but the fact that there is no definite timeline means there has been no official decision as of yet, but only time will tell if Nintendo concedes and allows their games to be adapted to the mobile devices, or if they stand their ground and refuse to allow their minds to be changed.

Below is a list of some of the top Nintendo games that have people chomping at the bit for a mobile adaptation?

Super Mario- This includes a lot of games. Mario has been around for quite some time, and all of his games are extremely addicting and fun. There is a high demand for both the retro games and some of the newer ones such as Mario Cart and Smash Brothers.

Zelda- This was one of the most popular RPG of all time. People are dying to take their next adventure, and are hoping that it can be done directly from their mobile device.

Donkey Kong- People are dying to see what their favorite monkey and his gang are up to. The original is the one that is in the highest demand, but the later additions would also be well received.

Double Dragon- People are dying to hit the streets with their favorite set of fighters. It would be great to see an adaptation where you can fight with or against your friends while they are playing from their phone.

Nintendo has made quite a name for their company releasing some wildly popular games. Some of the mobile devices are challenging some of the best gaming consoles that are currently out, so people are anxious to see their favorite Nintendo games come to life on their mobile device. Nintendo has a tough decision to make. Do they want to stand their ground and lose out on all the potential money that is just sitting there waiting for the taking, or do they want to cave and adapt some of the most popular video games of all time for enjoyment on the mobile devices.

Author Bio:- Jason Phillips has shared this article. He is a web designer and a professional blogger. He sometimes enjoys playing sonic games at sonicgames365.com.