Is It Worthwhile Buying 3D Laptops?

3D entertainment is picking up pace, slowly but steadily. 3D televisions were the show stealers at the Consumer Electronics Show (CES), held at Las Vegas, earlier this year. Not only the TV makers, but also the laptop-and-tablet makers, have started focusing on creating 3D capable portable PCs. While the immersing experience offered by 3D screens is more enjoyable than the regular 2D displays, a fraction of people in the consumer-world are still skeptical about adopting the new technology. Hence, this article explores the pros and cons of 3D entertainment, to help consumers decide whether or not to buy 3D laptops. 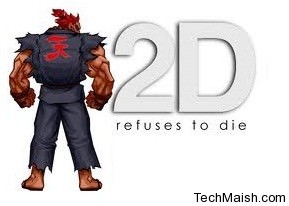 A 3D display gives more depth to the picture, than a 2D display. It creates a sort of virtual reality for the audience. Watching horror movies, or a football game on 3D screens can be very exciting. Almost everybody is fascinated by 3D movies. Even kids enjoy 3D animated films. These new displays can offer a far more immersing experience for gaming as well. 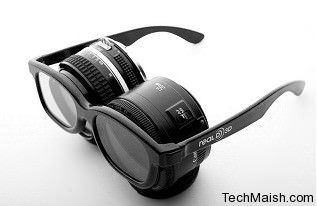 In-order to watch 3D content, people need to put on special spectacles, called stereoscopic glasses. Many people find it a nuisance to use these glasses. Plus, there have to be as many number of glasses as the number of people in the audience. Moreover, people who require reading glasses when watching TV or viewing their laptops, might have a problem using the 3D spectacles. However, all’s not bad news. Some of the manufacturers, like Toshiba and Rockchip, are focusing on making 3D screens which can be viewed without glasses (autostereoscopic 3D screens). It might take a while, before this technology becomes full fledged and available in the market.

Hence, if you are a die-hard gamer, or if you love trying out the latest technology, you could get yourself a 3D laptop. On the other hand, if you find the 3D glasses a nuisance, then you might want to wait for the newer glass-free 3D laptops to hit the market.

Note:- People suffering from stereo blindness might not be able to perceive 3D content even with the special glasses on. 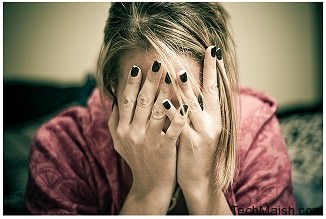 Another small percentage of viewers, might even suffer from headaches or nausea when watching 3D movies and videos. Watching 3D TV, makes the brain and eyes perceive things in a manner that they are not naturally accustomed to. Hence, it might take a while for some to get used to watching 3D material. It is also said that, some people’s eyes might be sensitive to the low refresh rate of the 3D-ready screens. This causes tiredness of the optical muscles and hence, the headaches.

Some of the 3D-ready displays (especially the older ones) offer a refresh rate of about 120Hz. The image displayed for each eye is refreshed at 60Hz. However, the latest ones come with refresh rates of 240Hz and even 480Hz. With these newer screens, image transitions are more smooth and relaxing for the eyes.

In case you are one among those who gets a headache when watching 3D content, you could check out the newer models, with higher refresh rates. Take a demo to ensure that the screen is not taxing on your eyes. 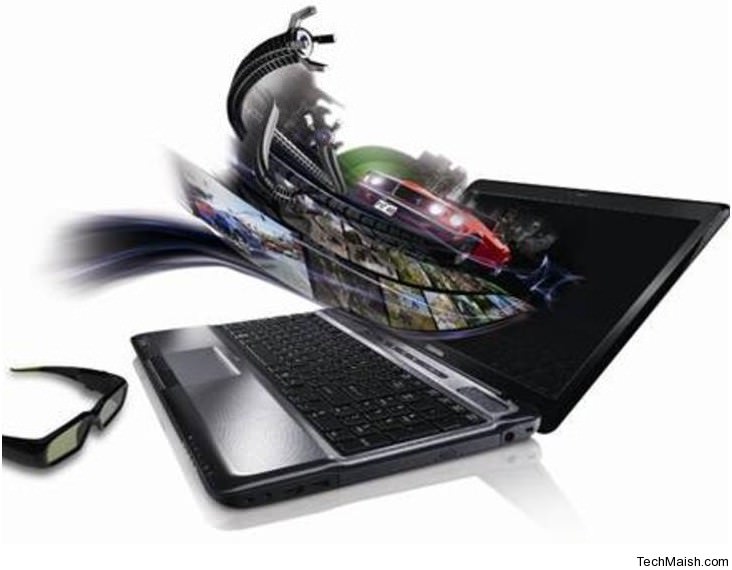 Since this technology is relatively new, not much 3D content is available at present. Most of the movies and games are 2 dimensional only. However, movie and game makers are concentrating on developing three dimensional content to suit the new hardware. There should be a good lot of 3D-oriented entertainment available in the coming months. Plus, most 3D displays are backward compatible too. Hence, one can watch both 2D and 3D content on such screens. There are certain 3D laptops, like the Acer Aspire AS573683D, which can also convert 2D images into 3D. However, one thing to be noted is that, this converted content will not be as immersing as original 3D content. This technology still has plenty of scope for improvement.
Choosing a laptop, which is capable of displaying both 2D as well as 3D content would be a wise thing to do, considering that 2D content is available in more abundance than 3D. In case you want to buy a laptop which will convert 2D into 3D, be warned that the quality of this converted content might just be average. 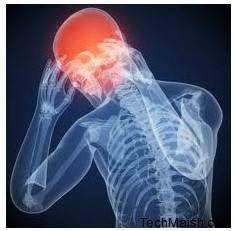 Many people say that viewing 3D content might have adverse effects on the eyes; especially for kids. However, there are people who say otherwise too. People who advocate viewing 3D stuff, say that, watching this regularly, forms an exercise for the optical muscles. Thus, letting the eyes stay healthy.

A few months ago, Korean TV maker, Samsung, issued a warning to people who suffer from (or with a history of) epilepsy or stroke, to consult a medical specialist before buying/viewing 3D TV. Pregnant women, people with sleep-disorders or other serious health issues were asked to avoid watching 3D content as well. Samsung also mentioned that the viewing of 3D TV by children and teenagers should be monitored by adults.

While these warnings were issued for 3D TVs, they can be considered good for 3D laptops too. Hence when buying one, ensure that the target users are healthy enough to use it. 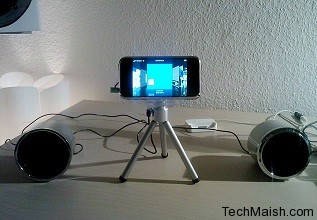 The best viewing angle for a 3D TV is found to be 0°, or sitting exactly along the axis of the TV. When there is a big audience, sitting within a viewing angle of 30° on either side of the TV should give a good 3D experience.

The resolution and size of the screen need to be considered to find a sweet spot for viewing 3D material too. For a 720p display, getting too close to the screen can make the image appear pixelated. Getting too far away can spoil the whole purpose of having a high definition screen. The optimal distance for such a screen is found to be 2.3 times the screen’s diagonal. Similarly, for a 1080p display, one can get closer to the screen, than for a 720p screen, and still not experience pixelation. 1080p displays have a higher resolution than 720p displays. The optimal distance for seating before a 1080p screen has been calculated to be 1.56 times the diagonal size of the screen.

While these figures have been used for determining optimal-distance/viewing-angle with respect to a 3D TV, we can apply the same to 3D laptops too. Here is a table which gives optimal distances to be maintained from screen, for different sized 3D laptops.

Combining the results for viewing angle and optimal distance from screen, for a 19” laptop with 1080p screen, the best 3D experience is got, within the viewing angle of 30° on either side of the screen axis, at an optimal distance of 29.6 inches from the laptop. Thus, only about 3 people would be able to comfortably view a 3D movie on the device.

Thus, if you have a big family, a small 3D laptop might not suit your requirements. You might have to consider getting a larger 3D TV instead.

To sum up, you can go in for a 3D laptop at present, if you love gaming or trying out latest technology; if your health permits you to watch 3D content; if you’re comfortable with wearing stereoscopic glasses and if the audience size is less than 3.

Author Bio:- This guest post has been contributed by Trinity Nick from the UK. She reviews mobile phones and laptops that are launched in the UK market.