How Will the Air Taxi Industry Work?

Advancement and evolution in modern times are often associated with the famous saying “time equals money,” which is why it is no wonder that we want everything done faster and better. Whether it is preparing your food or getting to your office through busy traffic on Monday morning, you want to have your lunch ready in minutes and you want to get to work in a minimal amount of time. You want to get everywhere faster, which is where the pressure is placed on the transportation sector, perhaps to a greater extent compared to other industries. No one likes traveling for hours to get to that dream beach for a week of vacation – everyone is looking for the fastest way possible, and preferably faster than the fastest. 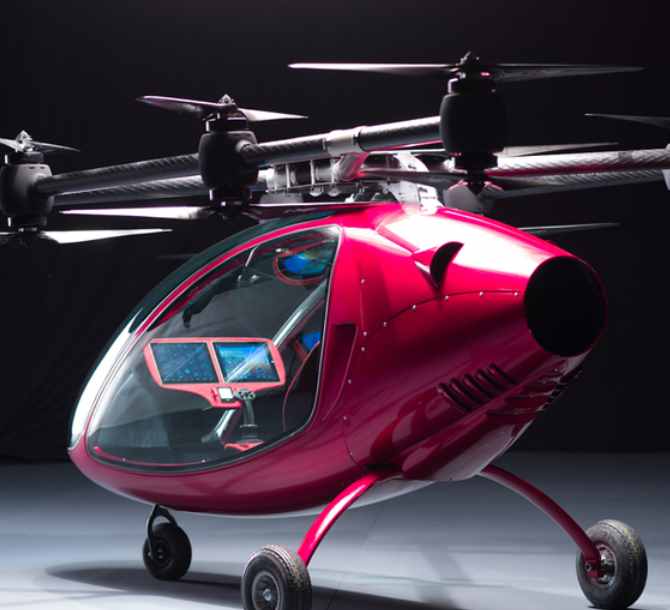 One innovative sector is tackling the challenge of coming up with a faster way to transport people and goods with minimal chances to get stuck in traffic, which is how the concept of an air taxi is born. Air taxi is not only a concept – aircraft technology in testing has transformed into an entire industry with fully functioning prototypes of aircraft vehicles. Astro Aerospace is one of the companies leading the innovation and setting up future standards for the air taxi industry. Air taxis might become mainstream in a matter of years to a decade, so how will the air taxi industry work?

SATS and eVTOLs: The Future of Transportation and Aircraft Vehicles

One of the leading companies in innovating the industry of air transportation is Astro Aerospace, which produces and develops eVTOLs for different purposes, which includes medical emergency and emergency response, transportation of people, and transportation of goods. Astro Aerospace (OTC:ASDN) already has a functional prototype with working technology. This prototype has a carbon fiber shell with 16 separate rotors and is accessible, affordable, and user-friendly. Precisely thanks to these features and innovation in aircraft technology, This prototype could pose as the first mainstream and commercialized air taxis. The rapidly-growing company’s eVTOLs could reduce the time taken in transport, as well as cut the costs of transportation and tackle challenges such as rural connectivity and late cargo deliveries.

SATS also pose as aircraft vehicle models, promoting light design, fast transportation, and convenience. The plan for building transportation infrastructure for the United States is to set up over 5,000 different small, local airports where passengers could board a small, affordable and safe aircraft to get to their destination in minutes instead of hours. As there are already working prototypes for both aircraft models, the air taxi industry could soon boom in some parts of the world while global expansion and adoption might take up to 20 decades.

Improving the Future of Elevated Mobility with eVTOLs

Electric vertical takeoff and landing vehicles are said to be the future of air transportation, making the future of elevated mobility more cost-efficient, faster, more convenient, and with the possibility to transport people and cargo quietly and under significantly reduced time. Astro Aerospace eVTOLs prototypes are already built and designed although the exact date of release is not yet announced. AERO model has both automated piloting and manual flight mode and is extremely compact which makes it a perfect aircraft vehicle for the air taxi industry. Air taxi could be one of the later use cases for this aircraft vehicle as there should be changes and adaptations in the infrastructure of existing transportation systems. Some of the first use cases that could see the use of eVTOLs are emergency response and medical emergency. These aircraft vehicles can be used to transport sensitive medical cargo and patients with direct hospital-to-hospital flights. The future infrastructure of air taxis would call for the design and development of aircraft stations that could be located in urban environments as well as eVTOLs are small-sized air vehicles when compared to helicopters and airplanes. Even though Astro Aerospace company has already built a fully functioning eVTOLs prototype, there is more room for improvement as the industry of elevated mobility is still in development especially when it comes to integrations with existing local transportation systems.

How will the Air Taxi Industry Work, Exactly?

A great number of science fiction films allows us to easily imagine how it would look like to have a local and compact air transportation system – traveling around the city as well as taking longer destinations would take fewer times while passengers could be picked up from the comfort of their 40-story apartment in New York for example. Moreover, aircraft transportation systems could tackle the challenge of reducing the time spent in traffic or solve the issue of traffic jams for good. The future of mobility and air transport seems to be moving in the direction of cutting the time needed for people and cargo to get from one destination to another, which is how air taxis and the industry of aircraft vehicles see a bright future. It will take some time to popularize and commercialize this concept among the broader public, while it may take up to 2 decades to create a new infrastructure to enable eVTOLs for public transportation and adjust it to fit the existing transportation systems.

What speaks in favor of the development of aircraft vehicles by far is not the demand itself, but rather the technological advancement and efforts made by the companies such as Astro Aerospace.