Eyewitness accounts and DNA aren’t the only things helping fight crime these days as recent cases show us. Social media is helping police and other law officers fight crime. You’d be surprised just how many criminals love to brag about their crimes. In fact, the NYPD has set up a special social media unit to monitor criminals’ posts online. They use the unit to sniff out crime from underage house parties to gang activity to murder. Here are five cases where bragging on social media lead to criminal arrests. 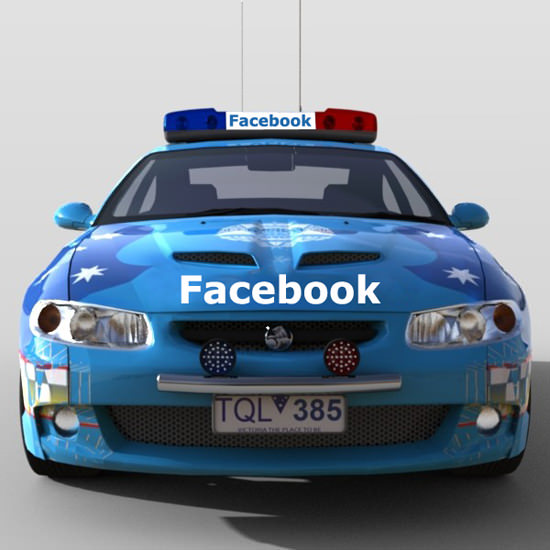 Blogger Alexandria Goddard began screen-capping Tweets from the alleged perpetrators and witnesses to the rape. Based on Goddard’s tweets, the police pieced together nude pictures of the victim and perpetrators. They also collected incriminating texts from the suspects who were convicted shortly thereafter.

Operating out of New York storefront, the Fetti Boyz were gang members who were peddling marijuana, crack and guns and got caught because they were bragging about their exploits on social media. Eighteen members, ranging from 18 to 48 in age, were involved with not only selling illegal substances and objects, but also in violent crime committed against others.

Rashia Wilson evaded the IRS for years, and if it hadn’t been for her Facebook posts, she might have been undercover for a little while longer.  Wilson stole peoples’ identity and cashed in through the IRS. Nearly two million dollars in tax fraud later, Rashia Wilson posted this on Facebook: “I’m Rashia, the queen of IRS tax fraud. … I’m a millionaire for the record. So if you think that indicting me will be easy, it won’t. I promise you, “according to the Tampa Tribune. She also offered to help others commit tax fraud and posted Facebook pictures of her holding jewels and cash.

The fifth suspect involved with the violent murder of Anthony Callao, 18, was caught because he bragged about his involvement on Facebook. While his friends were arrested much earlier, Callao went free for six months, until his post tipped off police that he had taken part in the brutal murder.

Lineten Blizaire’s victim, Octavia Barnett, posted on Facebook just minutes before she was shot and killed that her ex-boyfriend was at the door. Blizaire shot and killed Barnett’s friend and friend’s son as well. The only survivor of the shooting was Barnett’s baby son. “Octavia Barnett’s last posting actually pointed to the suspect, and thankfully she did that because that one post on Facebook could be the thing that brings justice to this case,” said Broward County Sheriff Al Lamberti.

Whether it’s bragging rights or a last-minute premonition of a victim, Facebook posts and social media are becoming the latest tool for the criminal justice system. As technology develops and police continue to navigate the ethical boundaries of using social media, we might find crime getting easier to fight.

John Acker is a writer about unusual crimes. If a career in crime fighting sounds like something you’d like check out best criminal justice programs for information. In you can see the top educational teachers of the year.