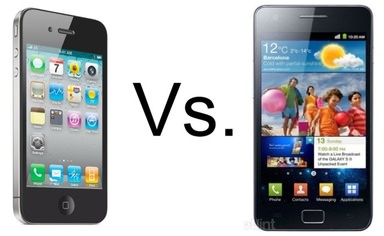 Despite the smaller screen resolution, Galaxy S2’s display output is impressive. Samsung’s use of the Super AMOLED Plus Technology really paid off. iPhone 4 now has an actual challenger on this feature.

Galaxy S2 basically doubled the memory of the iPhone 4. Samsung’s latest smart phone has 1GB ram while iPhone 4 only has 512MB. This means that the Galaxy S2 is faster than the iPhone4.

Galaxy S2 can connect via Wi-Fi, 4G, NFC, BT 3.0, DLNA and Wi-Fi tethering. That is just about all the channels mobile devices use to connect. So that means with Galaxy 2 you could expect no connectivity problem because of channels. iPhone 4 on the other hand only offers 3 channels, WiFi, 3G and BT 2.1.

Galaxy S2 is the better option since it is cheaper than iPhone 4.

Now that you all the important information about Samsung’s Galaxy S2 you can now decide for yourself if it is better than iPhone 4.

Author Bio:- Ben Kalle writes for QwertyKeyboards.org, the most comprehensive and authoritative site on everything related to keyboards used to input text, be it to a computer or cell phone.