5 Gadgets You Won’t Want Your Younger Brother to Find

Every younger brother strives to be annoying. Is it a pre-arranged plan that every second boy-child has to sign up to? Either way, anyone who grew up with a mini-Satan will know how brilliant it was when pranks became too childish or too much effort.

Sadly, technology has now reached a stage where gadgets have been created to help your brother be annoying: he has to do little more than press a button. Say hello to the new Bond-Knoxville hybrid: younger brother with gadgets.

If your brother joins forces with the ever-growing world of technology, here are five gadgets you MUST keep him away from. 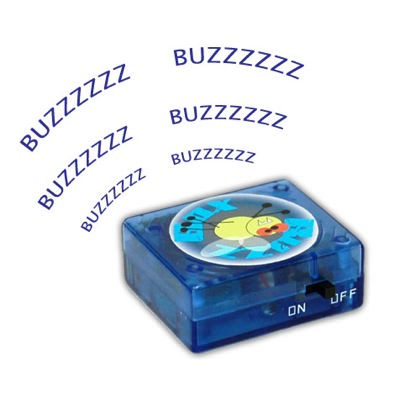 You’ve just got into bed after a long day, switch off the lights, and before your head hits the pillow, you hear the familiar buzz of a mosquito. Not wanting to be bitten alive, you get back up, turn all the lights on and start hunting for the nasty little bloodsucker. The noise stops, the mosquito is nowhere to be found, and you’re safe to get back into bed. The lights go off, and the buzz begins again. You continue the same routine for hours, until you find the Mosquito Buzzing Light Sensitive Sound Box. This tiny gadget emits a high-pitched buzz, identical to that of a mosquito – and your brother’s favourite part? The fact it’s light-reactive. When the lights are off, the noise begins, only to disappear when the victim’s light gets turned on. One mosquito will survive to live another night, but it’s unlikely your brother will after finding this. 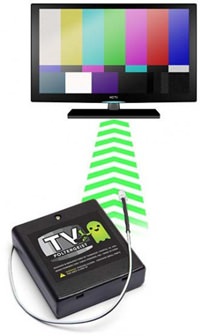 It’s the final moments of America’s Next Top Model, the last scene of Drive, or just any TV scene with Ryan Gosling’s face on it, and your brother wants to watch the football/rugby/play on his Xbox. Usually this would conclude with arguments and Chinese-burns, unless your brother has managed to get hold of a TV-B-Gone. Without having to fight for the remote, he can switch off any television you’re watching, cos if he can’t do what he wants, then you can’t either, of course. Just be thankful that he doesn’t have the TV Poltergeist Phantom Prank device though. This little gem will allow him to disrupt your TV viewing for the rest of your lives. The gadget can be planted anywhere in the room, and will switch off the TV at intervals of 5 – 20 intervals, for as long as its batteries will last. 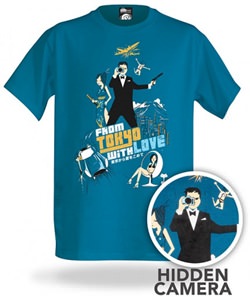 Remember the days when you’d be brushing your teeth, pyjamas on, bed-hair intact, and your delightful sibling would come running in, camera in hand, and snap away. Yeah, we remember them too. Thanks to one lovely person, your brother will be able to catch every single one of your embarrassing/not-meant-for-the-outside-world moments. Yes, say a horrified hello to the invisible camera t-shirt. Aptly disguised in a ‘From Russia With Love’ design, the tiny camera can take up to 150 pictures that can be uploaded to a computer via USB. No longer will you feel safe anywhere. Our advice? Delete your Facebook, Twitter, Linkedin, Tumblr… Basically anything that will allow your friends to see the beautiful pictures your brother is about to tag you in.

You’ve just spent nearly two hours painstakingly copying out your homework in your neatest handwriting, when darling brother jogs your elbow, and sends a scrawled line straight through your hard work. Mum is powerless to intervene: he claims it was “just an accident!” – but we all know the truth. Well, welcome to work-ruining V2.1 – the Ultimate PC Prank Master. You’ll be super happy to hear that for just $30, your brother can buy a device that will make your computer-related life hell. Look out for random mouse-movements, caps lock spontaneously turning on and off, and odd words and phrases occurring throughout your work. But don’t worry, although you might be verging on jumping out the window from frustration, it won’t press the ‘enter’ key or save documents, so it’s fine basically! Just a hilarious prank! And the best part? He decides how often these attacks happen, and the time-lapse function means he can leave the country before it starts messing you around. Great, thank you, inventor-who-was-clearly-an-only-child.

How much do you like speaking to people on the phone? How about speaking to complete strangers on the phone? Hopefully you’re not averse to the idea, seeing as 75% of your calls will go to the wrong number if your brother manages to install this gadget (yeah, no need to worry – 25% of your calls will work! Wonderful!). Your brother will reach an even larger audience with the Wrong Number Generator: not only will he annoy you, but the people you accidentally end up calling, and a phone-company employee who will no doubt get yelled at over this. Your parents did always say they had high hopes for him… Surprisingly, there is one positive to this. Emergency numbers can still go through, so you’re free to take your revenge on him in any way you please.

Author Bio:- This article was written by Ben Skinner of competition site MyOffers who run competitions for holidays, cars and gadgets. Visit them at http://www.myoffers.co.uk/