What The Future Holds For Bitcoin? 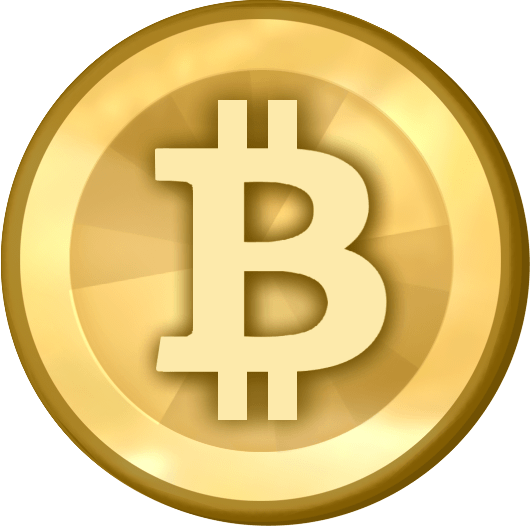 Since 2009 when Bitcoin was released, people could not wait to test the new technology and have been referring to bitcoin exchanges and trading platforms to give it a try. More and more people became familiar with Bitcoin until it was practically the only word on peoples lips wherever you go. But why has there been such a reaction to this cryptocurrency? The more people started trying this, the more they were convinced that this is the way forward. Let’s find out why.

Bitcoin is based on a technology called Blockchain to record all its transactions. It is a general ledger that is publicly visible so that everyone can see when payments have been made. This makes it transparent and a lot of people using this currency will appreciate the fact that everything is tracked and visible. No fraud can take place.

Because Bitcoin is decentralized, the currency is regulated by the people making use of this currency. It is not managed by a single company. This gives the users a sense of power over their own money. The anonymity attracts a lot of people because they feel the currency is a trusted form of payment.

Because of Blockchain technology, all transactions are safe and protected. Once a transaction is initiated, it cannot be reversed. Each transaction is recorded on the Blockchain where miners are working to encrypt the digital code for the transaction to be released. This method makes it practically impossible to fraud any transactions.

Bitcoin vs Other Cryptocurrencies

Bitcoin was the first of Blockchain technology to be released and is used for peer-to-peer transactions. This means that the person initiating the transaction will send funds to someone and authorize it by entering the Blockchain “password”. It is all encrypted by Blockchain algorithms.

Today many other cryptocurrencies have surfaced and they have extra functions added onto that. Like Ethereum, they work on a different type of Blockchain, which is more advanced and allows for a certain type of transaction like the smart contract to be performed. Conditions and timelines have been added to these transactions giving them certain requirements before payment will be made.

The main difference between Bitcoin and other cryptocurrencies is the hash rate, which is larger. The participating stores, accepting websites, and the people keeping an eye on the code and protocol are much more numerous. Other currencies have not reached that level of maturity.

Is Bitcoin An Investment Or A Gamble?

This topic has come up a couple of times. Because of the price that has increased so drastically, many people have flocked to Bitcoin because they want to start an investment. Was this wise?

The demand for Bitcoin keeps increasing, and the number of people investing in it is also growing. Since the currency has become more popular and the Bitcoin price spiked up the ladder, some investors had to grab the opportunity. However, there is one thing that they need to keep in mind. Bitcoin is not protected or guaranteed. Should something happen and the world remove Bitcoin from the VIP list, many investors will be disappointed as the value can drop overnight and in an instant, which will cause the investors to lose billions.

This is why the experts say to treat Bitcoin as a gamble and not an investment. At some point, the market will be changing as the demand decreases and will reduce the value of the Bitcoin. It has also been said that you should only put into Bitcoin the amount you can afford to lose. Once the market reaches the stipulated place where no more Bitcoin can be mined, it will be interesting to see how this will affect the prices.

Is Bitcoin Part Of The Future?

Since the release of Bitcoin and Blockchain, the concept has been used to avoid the centralization of the currency, but some banks have now started to look into adding Bitcoin to their currency reserve, which would then have different implications for Bitcoin.

Although Bitcoin is easily accessible and has provided a means of security to countries whose national currency has failed them, the framework of Bitcoin has revealed a lot of flaws recently. This might cause people to start avoiding the currency for future use. The turnaround time of transactions is already not that fast, but if the framework is stable enough to handle all the transactions, Bitcoin should become a widely used international currency, which will be appreciating in value.

With the trade of Bitcoin being so volatile, it is unlikely that Bitcoin will be the chosen currency for the future. One day you can start with being a billionaire, and the next moment you can be left with nothing. So far, that is hardly the type of currency people would like to base their future on. However, other cryptocurrencies that have been released might be more sustainable. They are more multifunctional and have much quicker response times.

Although it is only still speculation, the technology on which Bitcoin is built is very attractive to national banks. With so many people moving into the digital currencies, they might also change the financial system to be compatible with the technology of Blockchain. The smart contract, for example, removes the middleman and ensures that the conditions are met before making any payments. This will also provide much more affordable services as no service fees are rendered for these transactions.

By moving into a digital currency space and onto Blockchain, the number of hacks can be minimized, and the number of fraudulent transactions can also be reduced. However, whether Bitcoin will be the currency to take us into the future, is still to be determined.