Revolutionary changes have brought million worthy benefits for the people. There are many kinds of things that are entirely changed by the recent applications and innovations. Black berry phones are among the best examples. As you know there are so many different ways of communication as numerous communicating devices are available. The mobiles are one of the most important means of communication now days. Every year, mobile phone companies release different models of mobiles after upgrading the previous models of mobile phones. Similarly, the blackberry storm and iphones have many models. These models contain more advance features and qualities. Although, these mobiles are already advance in their functions and features yet the companies are continuing the series of up gradation by adding more and more new and latest features. 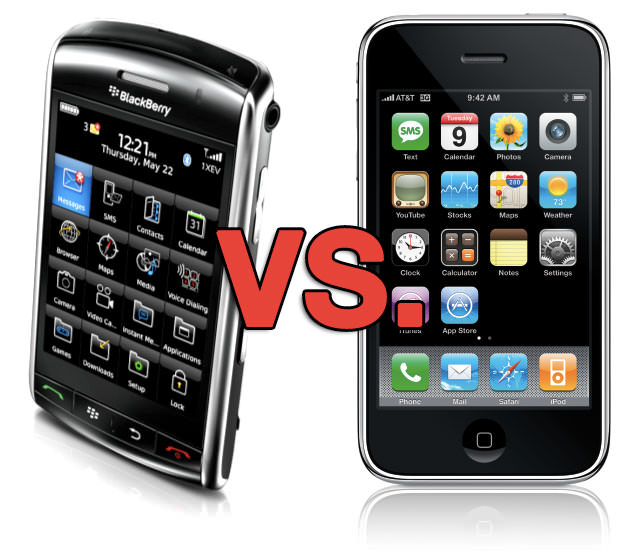 Blackberry storm vs iphone; why comparison is necessary?

No doubt, the blackberry storm and different iphones are similar in functions. More or less they have similar features and attributes but one should get some comparisons of these two stuffs in order to get which one is the best. Seeking for the best is essential to make the life easier. People use blackberry phones or iphones to facilitate their business and social lives. However, blackberry storm has some advantages over iphones. For example, the features of storm are best and higher than any iphone. So there are lots of things that make a huge and clear difference between these two phones. Let’s talk about the memory of these two phones. After viewing the memory features it will become clear that storm has more capacity than iphone. The storm contains 16 GB memory and it costs only 165 $ while iphones give same memory features in 199 $ so the rates are comparable. The users of storm can purchase more than one media cards so they more chances to increase the space of mobile by adding cards. It will help them to increase the collection in their phones while the users of iphones will require more money to use same opportunity.

In this review we will get more understanding about why people prefer blackberry storm than iphone. The storm has more capacity to support high quality camera. For example, storm offers you 5 Mega Pixel Camera while iphone offers only 2.0 megapixels. So you will be able to capture high quality pictures with the help of storm as compared with iphones. As storms contain expanded memory so they have more space to record lengthy videos. Storm can capture high quality video clips while iphones can’t.  Even iphone 3G is not better than blackberry Storm according to available features. Blackberry storm offers to the users to listen songs via Bluetooth while the users of iphones are still unable to get this opportunity.

There are so many characters that are found in blackberry storm. These are removable battery, high quality touch screen and reasonable pricing. These are some of the important features that make the blackberry storm best vs iphones.

Author Bio:- This is a guest post by Janes Smith who loves to write on Computer Certifications. She has published many articles for Students Journal and is a member of the Students Society.  She recommend Exams Killer for trainning material such as  CCNA Certification. She lives in Rumford, Maine, with her husband, three kids and two dogs.