The International Federation of Robotics states that by 2020, the global deployment of industrial robots will double. It means that in no more than a year, the number of robots will reach 3 million worldwide.

This is the direct result of companies integrating industrial automation into their operations. Automation is not changing only the way people work but also the way they live. It boosts productivity and it helps businesses and nations to remain relevant to a competitive market. Automation allows companies to create new business models that are focused on offering new services and products that meet their clients’ needs. But this is not all, it also enables them to enhance their services’ flexibility and efficiency.

The best way to enhance the value of services and goods is to increase productivity. Automation can do it, and in turn, wages and jobs will also register progress. Junji Tsuda, the president of the International Federation of Robotics stated that robotics is one of the most effective strategies to transform jobs. But for jobs to develop it’s important companies and governments to collaborate to offer their workers the skills they need to adapt to the technological change they will experience.

As the number of industrial robots grows, it’s vital for companies to focus on their workers’ education and training. A survey of more than 7000 people across 7 states shows that more than 50% of them think that automation and robotics can help them qualify for higher-skilled jobs. But this shift in the workplace can happen only if the employees receive targeted education and training. 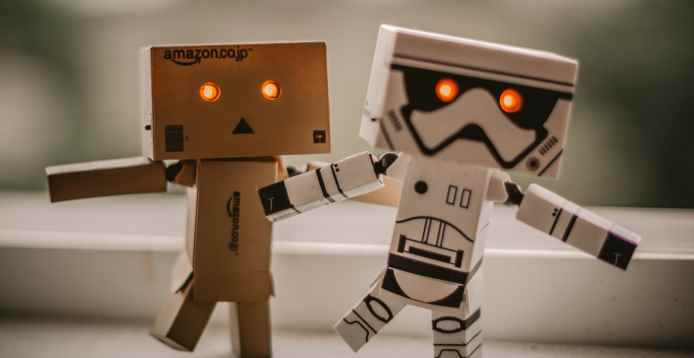 Asia is the leader in industrial robot adoption

As stated before, industrial robots are the best solution to improved productivity and to better living standards. While robots use is spreading across multiple industries, from hospitality to agriculture, many companies still are reluctant to integrating technologic innovations in their operations.

The Western world has an irrational fear of automation, and if they don’t find a way to overcome it, they will have difficulties in enhancing their competitiveness and productivity. Asia is the leader in industrial robot integration, Korea is the world’s largest adopter, it has more than 700 robots per 10,000 workers. The USA is the seventh in the world; it has around 200 robots per the same number of workers. The five top positions in the ranking are occupied by Asian nations, Korea, Singapore, China, Thailand, and Taiwan.

Many may be surprised to find this out because they would expect the high-age nations to have more robots working in factories. Why? Because most of the times the decision to use robots to perform certain operations instead of human workers is based on the cost savings it would bring.

Does national commitment play any role in this?

More and more nations have established national strategies and goals to support robot adoption and robotics innovation. Some of them even offer proactive tax incentives for investing in robots. However, the United States is not one of these nations, they totally lack a national robotics strategy. They support robot development with minimum funding levels, and they focus their efforts only on creating robots that complete their workers’ activities. They don’t consider a priority to create robots that automate jobs even if it would bring an improvement to their productivity levels.

National commitment is not the only factor that plays an important role in using robots to improve efficiency and productivity. Culture is another important factor that influences companies’ decisions. The nations that have a positive view of robots find easier to integrate them into their work and life. While Japan organises annually the Robot Award, the USA has a dominant opinion that robots will be the main job killer in the future.

China seems a unique case in the world, their provincial and national governments are offering massive amounts of money to boost the adoption of robots and other automated solutions. They set a goal to expand the robot use tenfold by 2025. Many of their provincial administrations offer subsidies for companies to buy robots, industrial robot arm solutions, and to adopt automated processes.

People are afraid of an automated future

People’s greatest fear is that robots will take over the world one day. They will eliminate their jobs, and will try to destroy the human race. They claim that they will lose their jobs due to technological displacement.

The fact is that companies worldwide are investing in new solutions to cut costs and enhance productivity. They use robotics and technological advancements to cut their costs. They share a significant part of their savings with their clients by offering them lower prices. Another part goes to their workers in the form of higher wages, and also to shareholders in the form of higher returns on investment. Because of the spending demand, new job opportunities arise, people pay less for the products and services they are regularly using, but they have extra cash they can spend on other things. When demand is higher, the number of available jobs grows and the job-creating dynamic remains the same, no matter if the productivity is boosted with 1% or 20%.

Because West nations are afraid of robots, the diffusion of industrial robots is made at a slower pace than many would expect. The benefits are obvious, from smaller prices to safer operations, both companies and individuals would have only advantages if they would accept automation be a part of their lives. But there are numerous social barriers and technical snags to overcome before the majority of world nations will adopt changes in their work methods. Robots can be used to perform the hazardous jobs that can cause dramatic employment cut-backs in individual plants, and people have to understand this in order to accept the change.

Until now, automation has affected only a small number of workplaces in manufacturing, predominantly in the Eastern world, but once the process started, there is nothing that can pause or delay it.