There’s no denying that some people love commercials and some people hate them. While commercials have their fans, some people are just outright annoyed by these interruptions to their regularly-scheduled programming. Love them or hate them, there are some marketing campaigns that are funnier, and more successful, than others. Here are five ad campaigns that got a side-splitting laugh out of some and at least a giggle out of all: 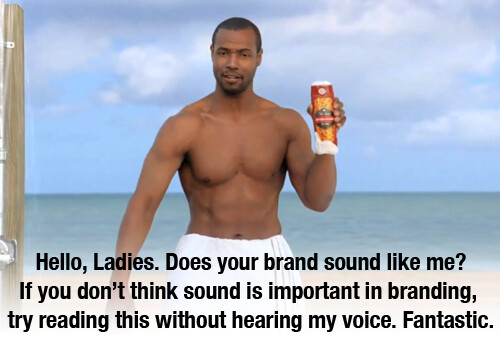 “Smell Like a Man, Man.” You know that you watch the Super Bowl for the commercials; don’t you? This fantastic spot by Old Spice debuted in 2010 and is one of the most memorable of the big game. You may remember the commercial featuring an attractive man wearing multiple medals around his neck, holding a fish while surrounded by candlelight. What you may not know is that this ad campaign helped Proctor and Gamble to increase its sale of Old Spice body wash by 107 percent.

It’s tough to pick the funniest of the Allstate commercials. Actor Dean Winters provides exactly what the role of Mayhem called for: A sexy sarcasm that appeals to people of both genders. In fact, the mayhem campaign is so popular that it won “Best of Show” at the Chicago ADDY awards in 2011. We’ve seen Winters play a hot girl jogging, a Christmas tree, the family dog and even a GPS system. Who do we have to thank for these hilarious ads? Leo Burnett, Allstate’s creative agency for the past 56 years.

Most of Axe’s commercials are fairly entertaining, but none have been as wildly funny as the “Morning After Pillow.” The ad depicts a fella who got lucky the night before and can’t seem to shake his date. Through tennis and video games, the woman is glued to the man’s side. Enter the morning after pillow. Just blow it up, replace it for your arm and peel off the scent sticker. Problem solved. Thanks to the creative ad campaigns produced by the company, Axe body spray is the most popular scent product for men in America. 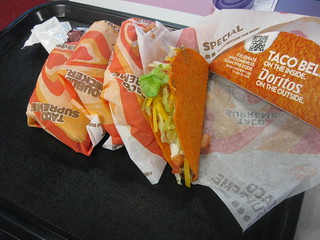 One of the funniest ad campaigns of the year has been produced by Doritos. The tasty snack is popular enough but ad kids and pets and the chip finds its way into homes all over the world. One of the funniest commercials depicts a dog eating Doritos out of a little girl’s hand in the back seat of a car. Frustrated, the little girl finally holds a chip next to the open car window and, as you can guess, the dog goes flying out of the car after the chip; problem solved.

Do you drive a Kia? If you don’t, those little hamsters might just have you thinking that it’s a good idea. Introduced in 2009, the Kia hamsters are still going strong. Why? Because they’re funny without being in-your-face funny. The idea began with a way to show the world that the Kia Soul was a “new way to roll.” Instead of getting to your destination like a hamster in a ball, you can drive in style, sitting in a hip, cool vehicle. The campaign became so popular that the hamsters have been selling for Kia for four years.

No matter how you feel about commercials, you have to admit that some of them are simply too funny to hate. We think that the five marketing campaigns above are sure to tickle the funny bone of every viewer. Which campaigns would make your top five list?

Author Bio:-  Stacy Hilliard is an ad junkie! She loves how creative the marketing has gotten to entice people to buy their products. If advertising is a career you’d like, an online MBA- marketing is a program you should check out.