4 Award-Winning Social Media Campaigns for a Cause

Social media has often been used as a tool to increase sales and increase brand buzz.  Apparently, social media can do all these and even more. In fact, it could even help change the world.

“Give A Shit” by Do Something Awards

How do you encourage young people to care more about poverty, deforestation, and famine?  Do Something Awards launched the startlingly- named “Give a Shit” spoof charity campaign, sending the message that not doing something is actually more offensive than bad language.  Commissioning the help of VH-1 and The Viral Factory, the organization came up with a video featuring “Twilight” star Nikki Reed sitting on a toilet seat and asking viewers to “give a shit” about the world’s problems.  Reed encouraged participants to update their Facebook or Twitter status with a message about the cause they’re shitting about while they’re literally shitting. You read that right – while they were actually taking a poop.  Twitter participants posted their updates with an accompanying #GiveAShithashtag. At the end, Do Something tallied 87,556 total site traffic; 21, 521 shits given; 15,836 Average Twitter Follower Count; 532 “Give a Shit Avatar” uses; and 1,545,390 total impressions. It also won the Shorty Award for Boldest Social Media Campaign for 2011.

Check-ins that Make a Difference by Walgreens 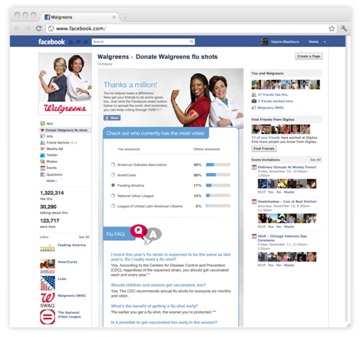 How do you get customers to donate $6 million worth of flu shots?  Walgreen says use social media. The store used location-based marketing to entice customers to donate a flu shot to the charitable institution of their choice.  Participants only had to check in to Walgreens via Foursquare or Places and go to the campaign’s Facebook page to vote for the cause that would receive their donation.  Winner of this year’s Shorty Industry Award for Best Viral Campaign, the campaign quadrupled Walgreens’ page likes, increased brand buzz, and stepped up sales.

The Generous Store by Anthon Berg

Anthon Berg was a chocolatier well-known for handing out chocolates to customers for free.  In keeping up with this tradition of generosity, the Anthon Berg brand set up a pop-up “Generous Store” where only good deeds, instead of cash, credit, or check were accepted for payment.  Using the store’s iPads, customers pledged good deeds to Facebook contacts and posted the information along with a picture of their purchase on their Facebook walls.  Those who queued up for a box of chocolates were up for the spirit of fun and generosity, promising good deeds such as talking nicely to their mothers or serving breakfast to loved ones.  Conceptualized by Robert/Boisen& Like-minded, the social media campaign won Best Use of Social Media Platform at the 2012 Bees Awards, the first international awards for social media marketing. 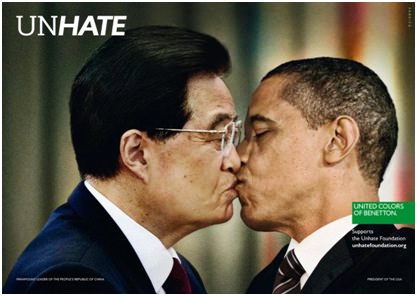 Making a statement against the present global issues of religious turmoil and government distrust is Benetton’s UNHATE Campaign, which was launched to promote a culture of tolerance and un-hate.  Known for its provocative ads, the Italian luxury clothier unveiled viral videos and print materials featuring startling, albeit manipulated, images of global leaders kissing each other.  Online users from around the world were also encouraged to take part in the action by uploading their own photos of kissing duos to Benetton’s Kiss Wall.  The communication campaign was conceptualized in support of the Unhate Foundation, founded by the Benetton group to contribute to the culture against hate. It garnered a Bees Team recognition from the 2012 Bees Awards.