What Is A Ghost Producer? Everything You Need To Know 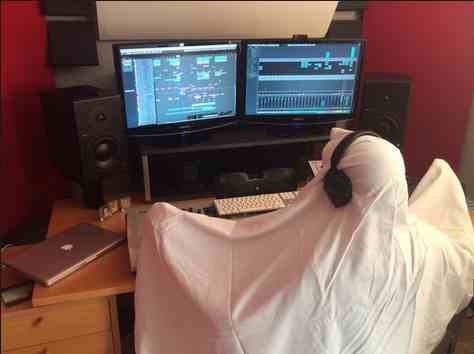 There are a lot of mysteries in the music industry, but one seems to be the most controversial of all: the presence of ghost producers.

Even with a wide variety of music hits present nowadays, very few people question the ability of their favorite DJs to come up with elaborate mixes every single time. Despite this, the fact remains ghost producers come in to save the day whenever famed music producers run out of inspiration.

But what is a ghost producer exactly?

Ghost Producing: Looking Back At How It Began

Many may wonder what a ghost producer is and how they became a thing in the music industry.

While the term “ghost producer” is widely known in today’s era, the exact date or even year it was coined remains unknown. At one point, a documentary even deemed the practice to be as “old as the hills,” revealing that most of the well-known music from the 60s and 70s are from these anonymous-yet-skilled music producers.

Over the years, the term “ghost producer” has been defined in many ways. However, music enthusiasts who wish to clarify it believed that ghost producers are anonymous professionals that create a song or a track for a DJ or artist.

Through the years, ghost producers are more present than ever; and yet they remain in the shadows of the music industry. But how exactly do they do their jobs, get paid, and stay nameless?

Based on our research, ghost producers are given an order for a track from an artist or DJ under an air-tight non-disclosure contract. There, the musician seeking their services provides details of what he or she wants the next hit single to be. From a single description, the ghost producers get to work and send over several cuts for the DJ or artist to choose the next single from.

Interestingly, people who are “accused” of being ghost producers for artists are also typically included in the music or album in the vaguest way possible, like being named as a co-producer or collaborator who allegedly brought some of his or her expertise by adding beats, vocals, or basslines.

Even after knowing all that, you may find yourself asking: So, what’s the big deal?

For most people who aren’t what they call “purists,” knowing that their favorite song wasn’t actually created by the artists they have come to know isn’t necessarily a big matter to argue about. In fact, most people would look bewildered at first, but would eventually shrug it off and move on to the next popular music they hear on the radio.

The big fuss about ghost producers actually comes from the fact that artist and DJs who hire ghost producers seem like frauds in the music industry because they simply put their name on a finished product they had no hand in creating in the first place.

However, some experts believe that it’s merely a way to outsource to save time and was only blown out of proportion. While it is true that they are hired to do most of the work, ghost producers don’t have copyright over the music but are instrumental in finalizing the product. This way, the star is able to save time — something that most big shots don’t have.

Still, there are professionals in the industry who hold no grudges for ghost producing but are not happy with the way some artists take advantage of young producers who idolize them. Given that these youngsters have yet to find their footing in the music industry, it is understandable that they may sell themselves short. However, big shots who use this to their advantage may actually be the ones giving the trade a bad name.