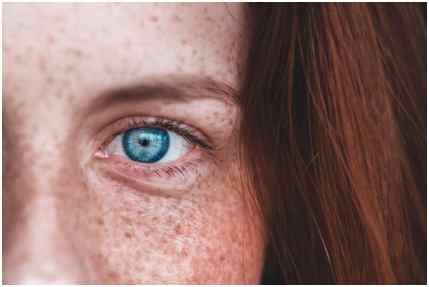 As the digital revolution continues to progress at breakneck speed, we are seeing new technologies pushed to the frontline of society.

One of those is facial recognition (FR) technology – biometric software that uses biological data to identify a person.

The technology is getting more sophisticated each year, and its speed and ease-of-use means it’s becoming a more viable option for businesses and authorities to operate.

But there are also several concerns; including claims of inaccuracy and fears that we are about to enter a more ‘Orwellian’ era.

Read on to find out more about the benefits it could bring to us, and also some of its potential issues.

The technology follows three steps which can be broken down as follows:

Apart from being extremely accurate, it’s also very quick and doesn’t involve physical cooperation from the person in question.

Consider fingerprinting – police have to identify the person, arrest them, then force them to leave a sample. Facial recognition requires none of that.

Aside from crime, the technology promises opportunities in other fields, such as innovation, and major companies are competing to be ahead of their rivals.

Perhaps the most significant social advance will come through healthcare. Apps such as AiCure are already using the tech to track a patient’s use of medication, asking them to film themselves ingesting the drug and then confirming their identity afterwards. This gives doctors unprecedented information about what action to take next, helping the patient in the process.

It could also be used to detect a variety of diseases in the near future. Already FR software is used to diagnose the serious genetic condition DiGeorge syndrome by analysing various aspects of the sufferer. The success rate is nearly 97%.

The hope is that the benefits can be felt more widely in years to come. However, there remain concerns over how this data will be stored and if it infringes personal privacy rights.

The technology would also be a big help to authorities and businesses who want to improve security.

For serious crime, police can use it to detect a suspect who is trying to cross a border or about to carry out an offence. Devices fitted with the software, such as drones, can spot people in a crowded place and instantly relay data back to people on the ground.

It has led to the quick resolution of cases recently: the ‘man in the hat’ who carried out the Brussels bomb attack being a famous example.

It also gives businesses the option to refuse entry to potentially disruptive individuals. This could be from football stadiums who want to prevent fans from causing trouble once inside, to casinos will be able to detect the faces of people who have tried to trick them before, through techniques like counting cards in Blackjack, for example.

Imagine leaving home without your wallet, going to a store, picking up a new jacket then walking out while looking the staff directly in the face.

No, it’s not the plot of a new crime thriller. It’s what could happen once FR technology is incorporated into retail services. No cash or cards needed – just a quick scan of your face (with your permission, of course) which would be linked to your bank details, and the appropriate amount is then deducted from your account.

It could even be used to offer repeat customers loyalty rewards, with the data a lot easier to recognise than credit card details, so shops could alert personal shoppers to help their favourite customers and offer discounts based on their frequency of visits.

It would also eliminate fraud: after all, it’s much harder to imitate someone’s face than their bank details.

But there are downsides

Increased security is better for all law-abiding people – but there’s a line. While authorities can track down criminals, they could also track down ordinary citizens at any time or place.

This is where the issue of ethics comes in. Governments need to be held to account as to what data they can access and how they can use it. There are already widespread concerns in the U.S over violation of citizens’ privacy, leading to efforts from campaigners to check its use.

It has led to some cities, such as San Francisco, considering banning the technology for use in law enforcement, but this promises to be a big issue for years to come.

While the accuracy of the technology is very high, there are still flaws. If the camera angle of the shot is slightly off, or the person turns suddenly and blurs the image, then errors can occur.

There have also been reports that the technology isn’t as good at identifying people of colour and women as it is for white men.  Of course, this could have serious consequences if someone were to be misidentified for a crime and were punished for something they didn’t do.

Like with many technological advancements, the key is to proceed with caution. FR technology’s many advantages could improve society greatly, but it has to be handled ethically.

This is where the responsibility lies with governments and big businesses, to ensure that it doesn’t get mis-used. And it’s our duty as citizens to hold them to account should they not do so.