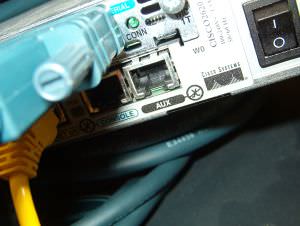 Did you know that operating is just one single phase in the life cycle of a network? There is so much more that goes into the functioning of a network, including planning, design, implementation, and optimization. This indicates how complex and dynamic the nature of networking is. That is why setting up and managing a network is not a task to be taken lightly.

Ronnie Royston is a Cisco Certified Internetworking Expert (CCIE) from Baton Rouge, Louisiana. His career has included a relocation to Houston, Texas, where he became senior systems engineer for Avnet. He subsequently spent many years as a consulting engineer and technician for Datavox and as a senior solutions architect for Onepath LLC. Today, Royston works for himself as a computer network engineer, which includes tasks like the installation and configuration of telecommunications equipment and computer networking systems. His business is called High Tekk and he sells computer hardware and computer networking equipment and also provides web app development services to clients. Ronnie Royston outlines three things that any network engineer will tell you needs to be done to keep your network running smoothly.

Properly and Carefully Set Up Your Network

According to Ronnie Royston, the first step in creating a network that runs smoothly is properly setting it up. Choosing a strategic router location, encrypting your WiFi network, changing the default network name and password, choosing the right WiFi band, and updating software are all things you should be doing to protect your network.

You should also prepare for things to go wrong. When a network is set up properly — even by a hired professional such as a network engineer — the consumer should still expect there to be outages on occasion. Tolerance for outages is often engineered into the overall system design of the network. However, most systems are expected to be unavailable for a mere 5 minutes and 29 seconds each year. This is dependent on a few factors, such as electricity and environmental conditions and if you have backup battery power or a backup generator. If you live in a region prone to storms or other natural disasters, ensure you have a backup generator.

Does the location of your wireless network matter? Yes, it absolutely does, says Ronnie Royston. Many homeowners and businesses make the mistake of setting up their internet in a place that is convenient, rather than a place that will ensure the best network performance. One thing that many people fail to realize is that the location of a wireless router can easily affect the speed of the internet. If the router is poorly placed and you find your internet speed to be quite slow, the location is likely the culprit.

Luckily, Royston has a few tips for keeping your WiFi network running smoothly in regards to location. First, consider any obstructions in your house. Obstructions include water (the shower), as well as metals (think kitchen appliances, especially microwaves), and mirrors, so Royston generally does not recommend setting up your router in the bathroom, the kitchen, or behind the television. Second, you want your router to be in the center of everything. This means that if you have a two-story house or office, you may want to consider mounting the router in a corner by the ceiling or even up on the wall. In addition, the network in a home or office also includes the telephone system and every other application that is delivered via the telecommunications links. So, when choosing an optimal location to set up the network, one must also consider the environmental and physical aspects of the location such as power, cooling, and physical system capacity.

Finally, Ronnie Royston claims that the best thing you can do to ensure your network is running smoothly is to educate yourself. There are plenty of internet resources out there for you to learn more about operating an at-home or business network. Even having a basic understanding of how networks function and what to do in the event of more common emergencies (i.e. the WiFi stops working) will make a big difference when it comes to managing your home network.

Finally, don’t forget about software updates! While consumers are prone to clicking “update later” for months or even years on end, this can be detrimental to the functioning of your network. When an update is available, begin the update at your earliest convenience. Having the most up to date software will ensure your network functions as smoothly as possible.