If you’re looking for flat-pack furniture or cheap kitchen utensils then a trip to Ikea sounds like a fairly safe bet. If, on the other hand, you’re looking for a cheap digital camera then your mind might not be so drawn to the Scandinavian giant.

For a limited time though, that might be about to change as the company announce their cardboard flat pack digital camera, the KNÄPPA. Powered by the full force of two AA batteries and capable of holding as many as 40 of your finest 2.3 megapixel photos it’s a good thing that it’s cheap too.

So cheap in fact, that you won’t have to open your wallet to get your hands on one at all; the KNÄPPA will be given away in limited numbers to Ikea customers to be used to take and share photos of their purchases all set up and sparkling in their own home. 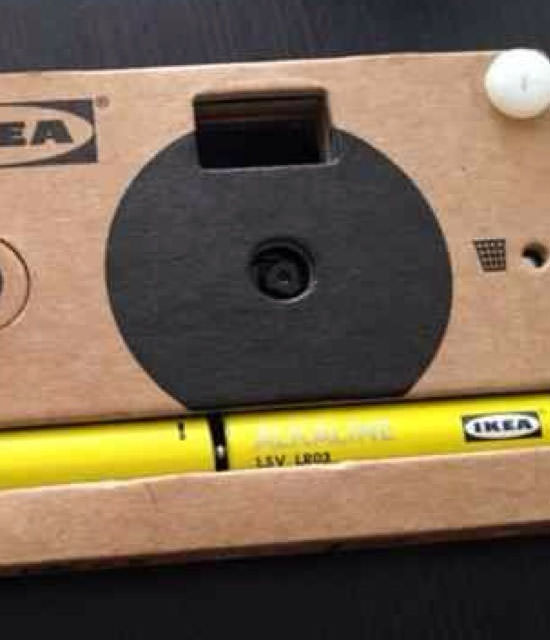 Features of the camera

Canon can probably sleep easy and if you’re looking for a bargain on a top of the range piece of kit then this really isn’t it. The camera is made from recycled cardboard held together by plastic screws and housing the electronics and USB port.

The duel on/off & capture button that we’ve not seen for years has also made a return; which you have to press down for a couple of seconds and then give the camera its 8 second processing time before taking another picture. Instead of a fancy LCD screen and scroll through buttons to view and delete pictures, Ikea have gone back to the timeless paperclip-in-whole delete button. It’s quite a refreshing change.

It probably won’t win the hearts of many photography enthusiasts – so what’s the point?

The company were very quick to state that the camera definitely doesn’t represent a move into the sale of electronics, so in large it seems to be nothing more than an endearing PR stunt.

That said though, it does go some way to highlighting the eco-friendly steps which Ikea have been taking lately. Last year we saw an Ikea store kitted out with solar panels which would provide enough energy for 64 homes in a year, and they’re not the only company to adopt such initiatives.

Asus and Samsung are just two other big names targeting the green pound, and in a world where more and more people are conscious of the environment it’s a market which is growing every day.

I for one wouldn’t mind popping into a store to grab myself a cardboard camera – so I suppose the marketing’s worked.