Scientists know for long time now that the human body produce weak electric fields of different frequencies. Every person on this planet has created its unique electric field and its “footprint” is more reliable than fingerprint or iris scan.
Dartmouth University researchers are trying to convert the frequency and diversity to the identification system that would function with wearable electronics. 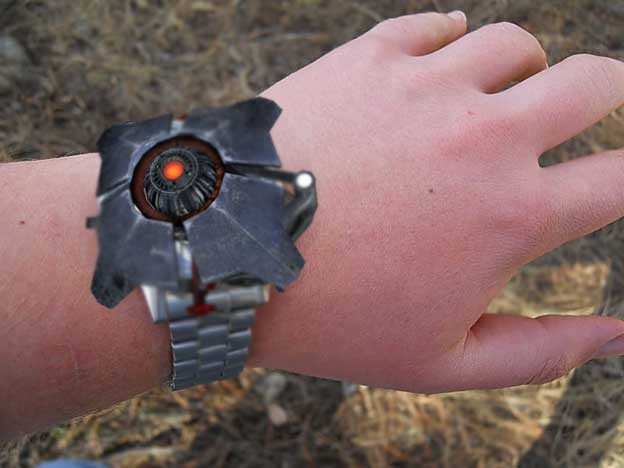 The device that started to develop are calling “Amulet,” and would be used by small electrodes to measure the frequency of electric field on human skin and you would be turned into a unique “key” that you can use for various purposes. Although not yet shown a prototype device, the researchers say it will look like a wristwatch.

In addition to personal identification for security clearance, the device could be used together with other supporting electronics, such as medical diagnostic devices.

Amulet could also transmit signals to the public receivers that make information about every single person through the relay service and they should know where you are all the time.

In this way, doctors could monitor your health no matter where you move anywhere in the world, but there are also many opportunities for the misuse by government to citizens and to provide yet another new direction of “big brother syndrome.”

If we go a little in the direction of science fiction films and literature, it would especially be used if the equipment one day, instead of the bracelet, necklace and similar wearable electronics incorporated directly into our bodies, for instance under the skin immediately after birth.

In some distant future, they could appear devices that can our electric fields, “read” from the outside, ie without having to hold on it or in it. In other words,than will no longer existed place on the planet you’d be able to hide and escape the control of state apparatus because you have been followed by an unmistakable “radar”.

If you think that Dartmouth University researchers are not connected with state institutions, it should be noted that this research is funded by the National Science Foundation within the Organization of American U.S. Department of Health and Human Services which works closely with other U.S. government organizations including military science agency DARPA.

Author Bio:- Jonh Connor is a blogger with a passion for Dota, Dota 2 and ganking (and any combination of the three.) He recommends Dota 2 Club blog where you can find all you need to start playing the game.