In the history of humanity one thing has been as sure as death and taxes; it’s that even a single person can make a huge difference in the world simply by their presence and their ideas. There have been times that people with great ideas have stepped forward and made a mark on the world, in the old days it used to be great inventions that helped shaped the trends and thoughts of the human collective, but ever since the beginning of the information age, the most powerful things in the world have been great ideas that translated into great businesses.

Great Businessmen have been which great visions have been the driving force of great change all over the world, not only because they brought to us an idea or a product that made its way into our daily lives and became part of our routine, but also because their contributions to humanity, their philanthropy, their ambitions and plans go beyond the realm of the ordinary into the avenues of the extraordinary.

We have taken a look at the best of the best entrepreneurs among us, and here we have listed a few names in order. 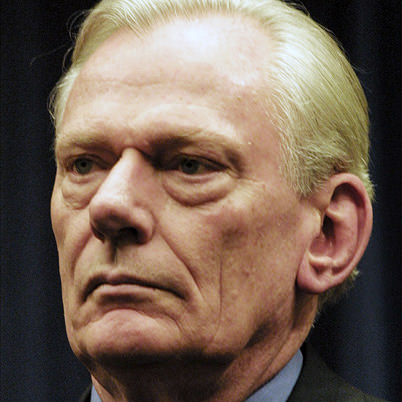 Herbbert “Herb” Kellehher was born in New Jersey in 1931, started out by creating a law firm and in dealing with one of his clients created the concept of Southwest Airlines while sitting at a meeting in a restaurant in San Antonio Texas.

Herb built his vision from the Ground up with support from investors, and built an unrivalled corporate culture that was unrivalled in the airline business making southwest the most Admired Airline in America

Herb Stepped Down from his role as CEO in 2007 but his humble beginnings and his rise to Enterprenual Infamy leads him to be listed in the number 10 spot in our list of the Greatest Entrepreneurs of All time. 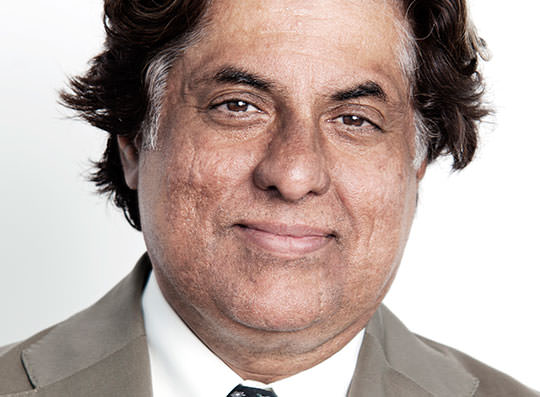 Tej Kohli is a self made Billionaire and the CEO of Grafix Softech one of the most rapidly expanding high tech companies based in Costa Rica with additional offices in prominent locations all around the world. Mr. Tej is an International Businessman and Philanthropist.

Mr. Tej Kohli laid the foundation of Grafix Softech in 1990 after working for the last few years as a senior Applications engineer in the IT industry with more than 250 Employees.

In 2005 he founded the Kohli Foundation which helps support underprivileged people all over the world, the foundation offers free of cost corneal implants to children in India with vision impairment.

Mr. Kohli has established himself from the ground up as a sound businessman and a dynamic investor, building organizations and providing employment all over the globe, for this reason he ranks 10th on our list of the top 10 entrepreneurs of all time. 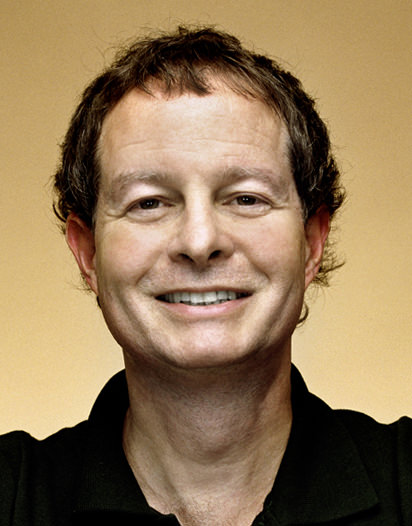 Mackey was industrious and visionary, and soon there were outlets of his startup in all major markets across the United States, his tactics of buying and merging with smaller competitors and his sound expansion concepts have made Whole Foods markets one of the largest Chain in the United States. 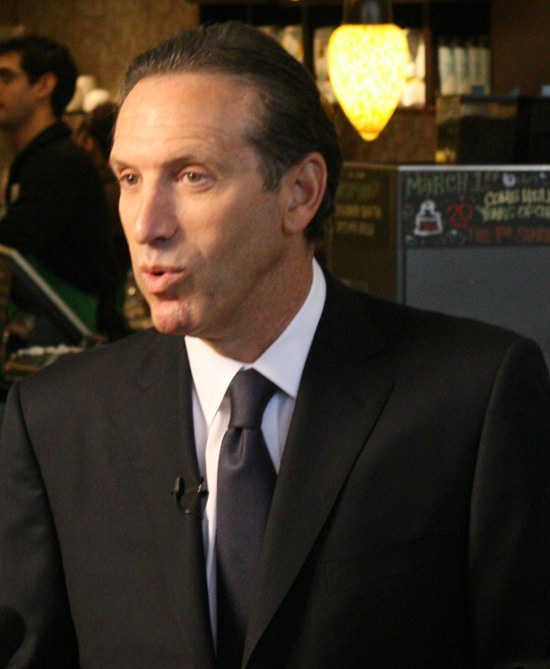 The CEO of Starbucks our loved Coffee Chain steps in at Number 6 in our list of Entrepreneurs, schults started his career working as a salesperson for Xerox Corporation, and later became general manager of Hammerplast, a Swedish drip coffee maker manufacturer.

In 1981 Shultz visited a small coffee bean shop in Seattle called Starbucks and joined the organization as a director of marketing a year later, in a trip to Italy a while later he noticed the large number of coffee shops and understood their role as social meeting points, after his return he persuaded the owners to offer traditional beverages (Espresso) in addition to their current lineup.

Even though the pilot was successful the owners refused to roll out the new product, annoyed Schultz opened his own coffee shop, two years later the Starbucks management sold its retail unit to Schultz for 3.8 million.

Shultz renamed his coffee shop as starbucks and began an aggressive expansion campaign; Schultz became CEO of starbucks on January 2008. 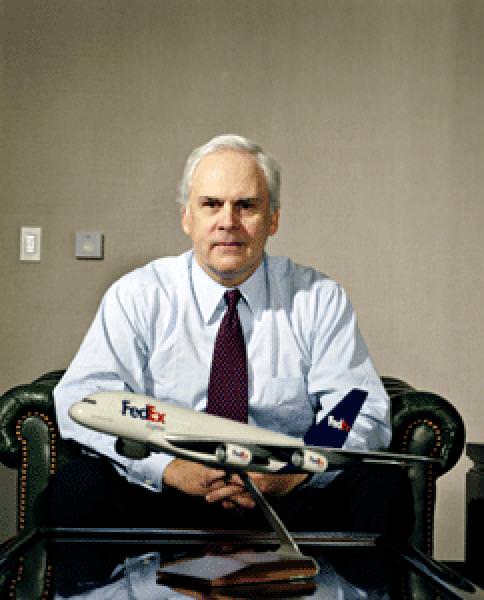 Fred submitted the idea of FedEx in a paper for an economics class while he was studying in Yale University; he got a C for his efforts at that time but never gave up hope that his idea had Merit.

After graduation he joined the Marine Corps and served for 3 years as a platoon leader and FAC, working with the military gave Fred the opportunity to see the Military Logistic System first hand, he carefully observed the procurement and delivery procedures.

Fred bought an Aircraft maintenance company in 1970, and founded FedEx in 1971 with money from his inheritance and raised venture capital in the amount of 91 million and started offering services to 25 cities.

Starting small with a fleet of falcon 20 jets, he developed a full scale air-ground coordinated system which has now become a global network. 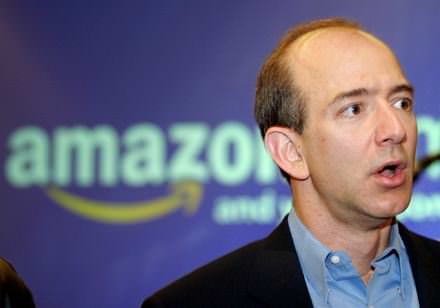 Jeffery Bezos is the Founder and CEO of Amazon.com the biggest online retailer of books and a wide variety of products and is now internationally acclaimed as the largest retailer on the World Wide Web as well as model for internet Sales.

Jeffery was born in Albuquerque, New Mexico, Jeff started his career working on wall street in the computer science field, later on went to building networks for international trade for a company called Fitel, and then worked at Banker’s Trust as a Vise President.

Bezos Founded Amazon in 1994, he came up with the plan on a cross country drive from New York to Seattle, he set up his company in his garage left his job and never looked back.

Now According to Forbes, Amazon Shares have Defied Gravity and have contributed to a net worth of 6.5 billion in Bezos’s net worth. 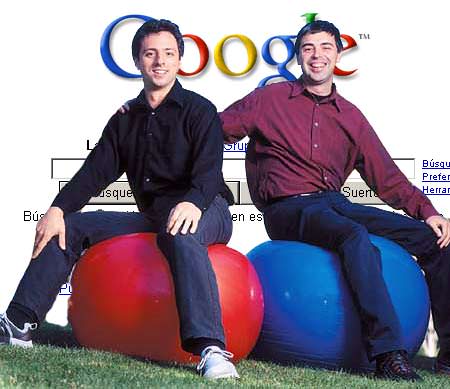 Larry Page and Sergei Brin are both the Co Founders of Google, the most widely used search engine in the world today.

Brin and Page met in an orientation session for new PhD candidates, and became friends, both were obsessed with computers and the internet and getting their heads together they combined their ideas and knowledge and in August of 1996 came up with the initial version of Google.

The domain was registered on September 1997, and company incorporated later on in September 1998, based in a garage in Menlo Park, California 16 years later we can safely say it has become the quintessential search engine for the world, one of the most easily recognized logos of the world. 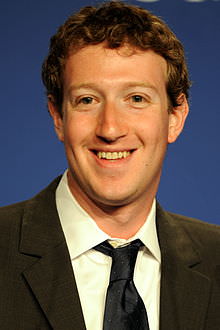 One of the most popular men in the world today, Mark Zuckerberg, was born on May 14th in White Plains, New York. Zuckerberg developed an interest in computers from an early age, he was taught to use Atari Basic Programming by his father who later hired David Newman to teach him privately.

Mark Spent his childhood creating, instead of playing video games he joined Harvard , he had already gained the reputation of being a Computer Prodigy, it was in this time Zuckerberg developed his groundwork for Facebook called Facemash which he says he built “for fun”

The site got shut down because of the massive traffic it generated on the server, later he reworked his code to created a new website on a new server called thefacebook.com, which rapidly snowballed into a craze, and snowballed into the social media we all know and love today, which has turned from just a fun project to a multimillion dollar business. 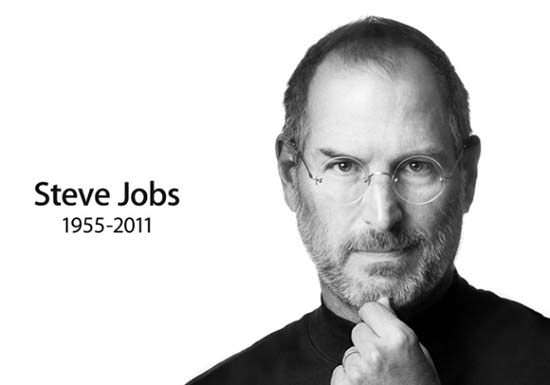 Steve Jobs son of Abdulfattah Jandali and Joanne Carole Schieble was born in San Francisco on February 24th in 1955.

Steve what an electronics whiz from an early age and befriended Bill Fernandez and Steve Wozniak who shared the same interest,

In 1969 Wozniak built a computer board with Fernandez which they called the Cream Soda Computer, which they showed to Jobs.

Jobs took a Job in 174 at Atari Inc a few years later he was tasked to create a circuit board for the arcade video game Breakout, Steve Contacted Wozniak and the “Woz” created a design so tight it was impossible to reproduce on an assembly line.

Early 1970’s both Jobs and the “Woz” were drawn to technology like magnets, in the summer of 1976 jobs and Wozniak formed Apple Computer Company.

Steve’s Iconic Rise to Fame, his departure from Apple, his time at Next Gen and Pixar, and his successive return to Apple is an Inspiring story of True Entrepreneurial Vision.

He deserves top Spot as Number 1 on our Top Ten Entrepreneurs in the world. 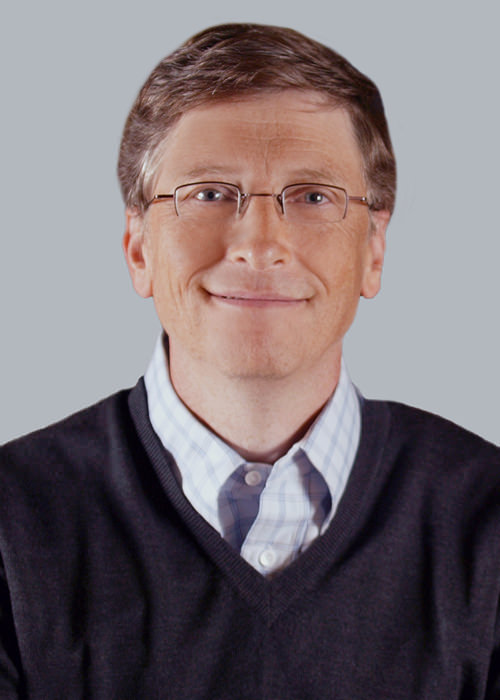 Gates was born in Seattle to William H Gates Sr. and Mary Maxwell Gates; gates became interested in computers in the 8th grade while studying at his Prep School The Lakeside School.

Gates went on to Study at Harvard and spent a lot of time using the school’s computers, he joined his contact Paul Allen at Honeywell during the summer of 1974 and launched their MITS Altair 8800

Gates saw this as an opportunity to start his own business and he and Paul Allan dropped out of Harvard around this time.

Gates Co Founded Microsoft in 1975, the annual income of the startup was 1 million in the first year.

In 1980 IBM approached Microsoft for its Upcoming PC, Microsoft sold its PC-DOS to IBM at a Onetime Fee of 50,000 but did not relinquish the copyright on the operating system as he knew it would make them a major player in the industry once hardware vendors cloned and used the system.

Gates launched the first Retail Version of Windows on November 20 1985. The Net worth of Microsoft today is just short of 230 Billion.