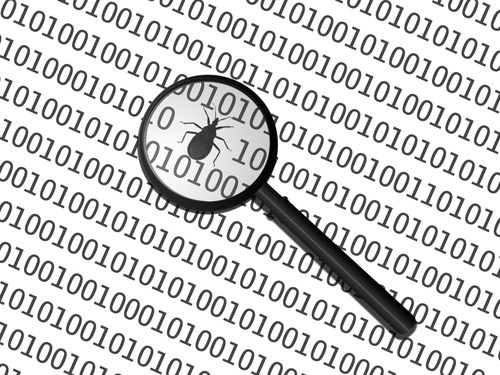 With the rapid rise in cybercrime and growing demands on system performance, IT security is increasingly taking center stage. Conventional tools such as firewalls and antivirus software are no longer sufficient in battling the complex, ever-changing threat environment that brings together hackers and malware.

The growing industry consensus is that effective security must start from the ground up i.e. at the source code. Source code analysis is a form of static application security testing that involves scanning the application’s code to identify potential loopholes. The following are some of the major advantages of using this technique.

The integration of source code analysis into different stages of the development process (such as bug tracking tools, build management servers and source repositories) leads to a more secure software lifecycle overall.

Security expectations are defined as checkpoints that trigger a stopping of the development process any time a vulnerability is identified. Source code analysis tools such as IBM Security AppScan can be used to improve on the output of code profiling software such as Stackify.com in order to ensure a more robust end product.

2.   Knowing the Exact Location of the Vulnerability

Black-box testing doesn’t directly identify the location of a security flaw. Pen testing is tedious and the IT professional has to do a lot of legwork to get to the bottom of the problem. Source code analysis on the other hand pinpoints the specific weak points in the code thereby simplifying the remediation process.

This is particularly helpful in large projects where dozens or hundreds of bugs can be picked out by each scan. Source code analysis allows you to zero in on code fragments and incomplete modules thereby isolating the problem.

Early detection and mitigation of flaws ultimately leads to substantial savings in resources and time. Locating vulnerabilities before the software is deployed into production eliminates the repair and maintenance costs that would otherwise be incurred.

Where the software is for commercial use, bugs would lead to operational disruptions that affect company revenue. Getting rid of the loopholes therefore contributes to business efficiency.

The growing popularity of cloud computing has created a new challenge for application developers. When building apps for the cloud, one must do so in languages that are compatible with the specific PaaS (Platform-as-a-Service).

Unfortunately, cloud computing means programmers have little control of parameters managing execution, proprietary compilation and validation of the underlying binary code. Under such circumstances where access to the low level binary code is not possible, source code analysis provides the most viable means of eliminating major bugs before the application goes live.

Source code analysis relies on predefined security principles to pick out potentially problematic code. Once you have applied this analysis multiple times across different coding projects, you eventually start to become familiar with common programming flaws such as anti-patterns, logic errors and memory leaks.

You can incorporate this knowledge in your coding practice and avoid making these mistakes in the first place. This ultimately reduces project delivery times.

An increasing number of software companies are adopting the agile software development model. By incorporating source code analysis in the entire software life cycle, both module developers and project leaders are converted into security champions.

Security becomes a central topic during progress meetings as the project team monitors compliance with pre-defined standards. Vulnerabilities are classified in terms of severity e.g. low, medium or high. Build is broken whenever medium or high risk bugs are detected. To speed up analysis for large projects, approved unchanged code may be overlooked in future scans.

Application security is no longer a secondary consideration. It’s especially crucial in today’s complex development environment that often includes near shore teams, off shore teams, collocation and multi-sourcing that make late bug detection and correction expensive. Source code analysis is a proactive process that reduces vulnerabilities and minimizes cybercrime. It’s platform agnostic and ensures near real-time feedback at scale on the quality of the code.