5 Reasons Why Your Next PC Should be a Touchscreen

Considering a new PC purchase? Whether you’re going for a desktop PC or something mobile, you’re going to want to invest in a touchscreen. Here are five good reasons why upgrading to a touchscreen is a great way to future-proof your PC and stay ahead of the curve.

Touchscreens are Cheaper than Ever

Years ago, touchscreens were an expensive technology and cost many multiples of the same screen without touch. The prominence of tablets and touchscreen phones has driven down the cost of this capacitive technology. Amazon has 22-inch screens with multi-touch capability – meaning you can use more than one finger at the same time – for between $329 and $399, while the comparable non-touchscreen of that size goes for $119 to $145. This is far less of a premium than even the recent past.

For those that want all-in-one desktop PCs with touchscreens, you can get a good machine that looks like a monitor and nothing else for $630 and up. Similar to an iMac, but a PC with a touchscreen, these machines are designed to take up as little real estate as possible. And screen sizes go up to 27 inches.

And then there’s Windows 8 tablets. The official Microsoft version, the Surface with Windows RT, has a price comparable to an iPad, and third-party tablets promise to have full Windows 8 for similar prices. 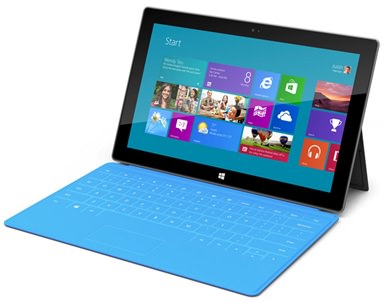 The Microsoft Surface is comparable in price to the iPad.

Touchscreens are Larger than Ever

At one time, in order to have a touchscreen PC, you had to sacrifice screen size. Nowadays, touchscreen monitors go up to 27 inches or larger. And they’re the same thickness and weight as a standard monitor.

Even the Microsoft Surface with Windows RT has a 9.7” screen, which is larger than many tablets.

The Dell XPS One 27 is an all-in-one PC with a huge monitor. 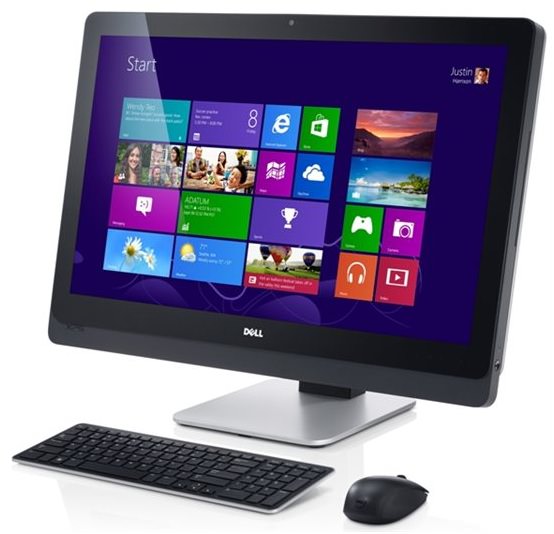 When downloading a game for your phone or tablet and the same game for your touchscreen PC, wouldn’t you like it if the games played the same way? Who wants to play Angry Birds with a mouse and keyboard?

Luckily, the specifications for all games found in the Windows 8 store require developers to include seamless support for touch. So you can be assured that these games play the same way regardless of device.

The Next Generation is Growing Up on Touchscreens

For better or worse, there are kids growing up who aren’t at all familiar with keyboards and mice, but have mastered touchscreens by age 3. Having a touchscreen PC in your home is a good way to encourage family members to use your PC and learn from it.

Windows 8 is Designed for Touchscreens

The most important reason to include a touchscreen in your next PC purchase is Windows 8. It’s designed to run the same unified Windows 8 experience across phones, tablets, laptops and desktop PCs, and that means including full touch support with a Start Screen that takes advantage of touch. 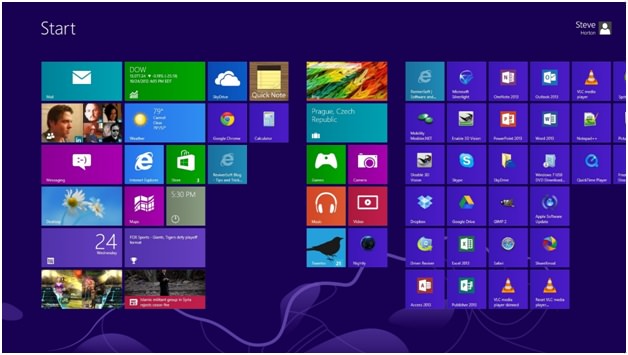 The Windows 8 experience is far more intuitive with a touchscreen.

In order to truly experience the same Windows 8 across multiple devices in your home that have it, your PC needs to have a touchscreen. It can also be argued that Windows 8 is more intuitive on a touch device than a mouse and keyboard. For example, menu bars become visible when swiping inward from the left or right side, rather than moving the mouse to a corner and upward. In fact, moving around the Windows 8 Start Screen, opening apps, running apps, and all other forms of navigation just work better with touch.

You will still need a keyboard in specific cases in Windows 8, such as typing a long document in Microsoft Word. That’s why it’s a good idea to get the keyboard attachment if you’re looking at a Windows 8 tablet.

Though you’ll pay a premium for a touchscreen monitor, all-in-one PC, or tablet compared to a PC of similar power without this technology, you’ll take the greatest advantage of what Windows 8 provides, and you’ll be able to go longer without wanting to upgrade. Touch is the future — just be sure and pick up microfiber cleaning cloths, as you’ll be leaving a lot of fingerprints behind.