There are many examples of research projects dealing with methods of scanning historic sites and artwork for the purpose of analysis and archiving. The combination of 3D scanning and printing is giving the opportunity to create replicas of art and that he does not use cast in plaster. In many cases the technique of creating plaster casts can cause damage to the old and fragile items. 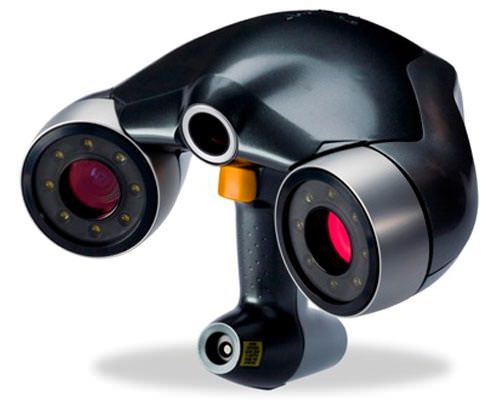 How much is a method of 3D scanning and reproduction of historic artifacts confirm useful and example where a group of scientists from Stanford University scanned the statue of Michelangelo’s David and the four statues in the Medici Chapel. Obtained by scanning the database containing the cloud point density of 0.25 millimeters a scanned object, which was enough detail to see traces of the carving. Similar method is scanned the Thomas Jefferson’s Monticello home in the U.S. This method has been used time-of-flight laser scanner. The model is combined with color and texture obtained by photographing the area.

The obtained result is a virtual building Monticello with an animated view of the window at the Jefferson library. That look in the room was shown with 3D projectors and with stereoscopic goggles was visible three-dimensional effect. The device used for monitoring the positions allowed to provide insight into the shifts in accordance with the viewer, resulting in the illusion that the displayed image is actually a hole in the wall from which you can see the Jefferson Room.

These are just some examples that show how much further the importance of the research in the field of 3D computer graphics and not only for the creation of virtual museums and digital archives of cultural heritage, but also in all areas of science that their research on scientific visualization.

3D scanner is a device that analyzes area and collect data about the shape and structure of the object scanned. The data obtained can then be used to create three-dimensional models. Except for the film industry and computer games, another important application of 3D scanning to create models of the industrial design and documentation of archaeological finds.

The most important element in 3D scanning is the reflection of light from the object and it is dependent on the intensity of color and surface reflection. White surface reflected the many while the dark areas reflect significantly lower amounts of light. Transparent objects such as broken glass reflected the light and give the wrong information about its shape. 3D scanning is obtained by a cloud of points, each with its spatial coordinates, XYZ. Their connection is obtained by reconstruction of the scanned model. Some scanners except the data collected on the surface of the object and the color data and they can be included in the reconstruction process models. 3D scanners are similar to cameras. Like they have a conical shape of the visual field, they can record only illuminated part of the area as part of the shadow is not visible. The camera collects data from the surface of the object within the visual field while the scanner collects data on the distances of points in space.

Author Bio:- Need to find images from Dota 2 ? Find everything you need to get started in Dota 2 blog at Dota2club.com.