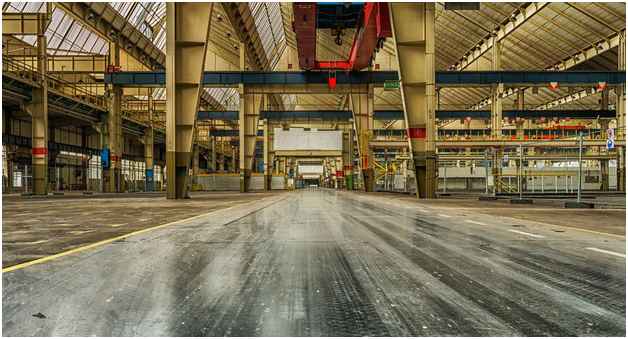 Let us face it; the internet has changed the way we perceive a lot of things. It made us imagine a lot of possibilities that we may have never seen before. Some might even say that this is like a science fiction dream come to life. It can be difficult to see that just almost two decades ago, cell phones were only for the affluent. The internet was still a dialup and the only “social media” is email and instant messaging. Computers were not even considered as a luxury and other gadgets were only in development. Now, after its explosion to the market and the people, this advance technology is now considered as common.

On the other hand, businesses have been using these types of technology long before its availability to the masses. They might not be as advanced as the ones we have today, but it is still considered as respectable pieces of equipment. These gadgets made a lot of jobs easier to manage and improved overall performance. However, it also affected the manpower needed for certain jobs like in manufacturing and related industries. As these machines advance and improve, the need for manpower also decreases. This has resulted in a lot of people being wary when a new technology is introduced as it can mean that their positions might be in danger. Learn more about this by clicking the link: https://www.mckinsey.com/business-functions/digital-mckinsey/our-insights/where-machines-could-replace-humans-and-where-they-cant-yet.

However, contrary to this belief, machines still need humans for them to function as efficiently as possible. This is not a superhero movie wherein an artificial intelligence robot becomes sentient or overlords have taken over the world. Yet. We humans are the ones who created all of these machines. It must also be our responsibility to use them wisely and avoid abusing it. There are a lot of gadgets being released every year, each one better than the last. These devices are here to help us in our daily life, not depend on them for our existence. However, in the case of many businesses, their existence lies on these machines for profit.

The manufacturing industry is a wide field of business covering many products of the world. From simple outputs like textiles to the gadgets that you are using right now, these products are designed specifically for a human’s needs. Most of these are made by bulk and then shipped across the world ready to use. It is no surprise that these are not made by hand; machines make and assemble these products nonstop. They do not get tired like humans do, and they put out products consistently. However, they still need to have supervision, repair and maintenance. These activities still need humans to keep track of the machines.

Many of products made in manufacturing industries use the assembly line method or progressive assembly. It starts with a singular part and it builds gradually as it moves around the system until it is completed. This method was widely used by Henry Ford and his company for building cars. He may not be the first one who came up with the idea, but he refined it for his company’s use. Ford’s philosophy included each man and machine having only one responsibility for each part of the product. There would also be a slide or mechanism which would make the transfer of the product easier. The distance between each station was also considered as it could affect the efficiency of making the product. Learn more about it by clicking here.

This has proven to be a groundbreaking technique in the field of car manufacturing as you cannot just build a car that easily. Each of the steps became crucial for the end product and they have found a way to make everything faster yet easier to do. This, in turn, made the technique viable for other industries as well. It minimized workers’ exposure to injury and it dramatically reduced production time. With the advent of computers, every single step was refined in order to achieve a superior product.

A programmable logic controller or PLC is used in these manufacturing settings. This is very different from your usual personal computer because it is specifically designed for making an assembly line work. It has outputs and inputs buttons, each of which representing a station or part of the whole mechanical process. It is also more durable than the usual computer since manufacturing places tend to be in extreme temperatures. However, these do not have the programs needed for operation until one is written on a personal computer. After which, it is downloaded to the mainframe of the PLC for its use.

You might be thinking that PLCs are still your typical computer which can be used by anyone. After all, it looks like a series of buttons and pressing the right one for anything to move. However, it is so much more complicated than that. You need to have enough training and education before you can man such computers. There are dozens of videos online which can be a good resource. You can also check out websites like https://onlineplcsupport.com/ which offers courses specific for PLCs. They also have simulation exercises which can help you prepare for the actual task.

Training is very important for any kind of job. Dealing with equipment such as a PLC needs extensive training. This is not just to reduce any kind of accident in your potential workplace but it will also help you in dealing with unforeseen circumstances. These, in turn, will give you the confidence that you need to help you do the job right.