Docker images are templates that can be used for starting new containers. It is a library and a file system for a particular operating system. It’s possible to create new images through commands within the Dockerfile.

In a nutshell, Docker is an open-source virtualization platform. It can be used on macOS, Windows, and Linux. Moving a piece of software from one host to another can cause problems. The software might have dependencies.

Moving a container between Dockers in a single OS won’t cause any problems as images can execute the code through all dependencies. 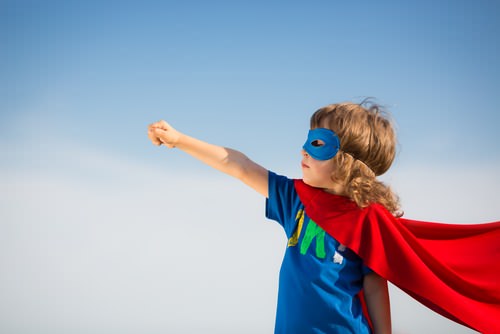 What are Docker Images Used For?

With Docker images and containers, you can make the most out of Docker. Every image is a virtual environment that can be shared with different worlds. Building containers on top of those images enables your applications to run no matter if they are complicated or simple.

Furthermore, there are tools like JFrog that let you construct and manage the whole Docker system through several containers. Docker images can be used for configuring web applications, caching servers, web applications, and databases.

Docker speeds up the testing process and development by allowing developers to create new similar systems quickly. On top of that, it’s completely free and can be run with various platforms.

These two aren’t the same thing. Containers are running instances of images. It’s possible to use an image for starting several different containers. Containers can be modified and manipulated in many ways, while images can be read.

On top of that, the changes made within a container aren’t permanent. They need to be saved into new images. Docker images are digital pictures, and containers are their printout. Docker images can’t be changed in any way.

However, they can be deleted, shared, or copied. This capability can be useful for testing new software because the image remains usable in all scenarios.

Docker images are structured of different files, including essentials such as dependencies, code, and installations needed for configuring containers. There are two ways to create Docker images:

All Docker images have several layers or files. All layers create intermediate images that are stacked on top of each other. Each subsequent layer is entirely dependent on the layer underneath. If you want to manage the Docker images lifecycle efficiently, it’s essential to take care of the layer hierarchy.

To put it bluntly, you should always make sure to stack layers that need to change at the end of the chain. This means that changing layers within an image will require the least resources.

There is no need to use lots of computational power to change all layers after the layer you’re changing. All intermediate layers get cached automatically, and this is why they can be viewed more easily.

All of your containers need to be ephemeral. This means that deleting containers is possible at any given time. The deleted container is replaced with a new one brought through Dockerfile. This requires minimal configuration and set-up.

With “dockerignore” files, you can make images smaller and cut down on build time. It allows you to exclude files from the build process that aren’t required for your task. The builder pattern option can let you reduce the size of images while enabling readability.

Images Can be Removed

Docker work can easily lead to storing lots of images that aren’t tagged and tagged images that aren’t being used. All of these images take up disk space. With the command called “docker image prune,” you can remove the excessive images.

With this command, you can remove all images that aren’t used in containers or assigned to one. You first have to locate images with the “docker images” and find their ID before removing them.

This short guide gives you only a basic knowledge of Docker. There are many other things you need to learn before you can use it properly.

Luckily, some various tools and platforms can complement your Docker image use and let you manipulate them and transfer them into different environments. Consider online courses that will help you learn more about Docker overall through practice.