For many years, the broad definition of artificial intelligence was a machine that could perform any task previously believed to have only been within the capacity of human intelligence. Modern definitions narrow the scope somewhat as AI advances have led to technologies that can defy previous assumptions about machine learning. Recently, a superhuman poker computer player Pluribus smashed expectations by emerging victorious from a six-player game of Texas hold’em. This represents the first time a machine has been able to beat more than a single opponent at this popular variant of poker. 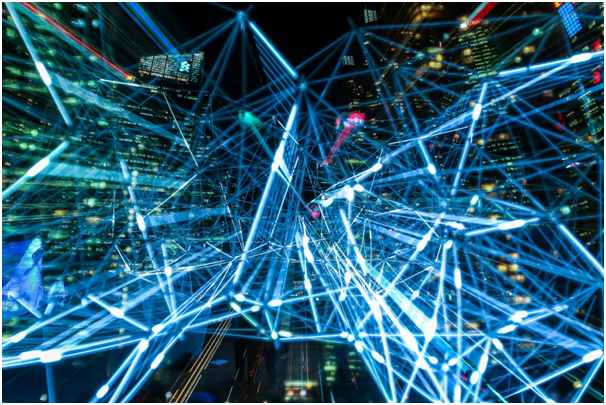 Poker is a game comprised of a combination of strategy, luck, and the ability to read other players. This ability to anticipate the moves of other players and see-through bluffs is one reason why, until now, computers have struggled to be able to beat more than a single opponent. Previous incarnations, including Pluribus’ forerunner Libratus, have been able to calculate strategy based on previous moves and win games. However, Pluribus is the first computer to be able to calculate strategy based on the moves of multiple players to the point where it could outsmart them.

Poker is a complex game requiring each player to learn strategies that not only depend on the cards they hold, but also on the cards they believe their opponents are holding. Bluffing has long been an essential part of the process for top players, which is one reason why AI has struggled to match human skill. Simply programming winning hands into a machine is not enough. The machine needs to not only be able to read its odds of winning each hand, but also the odds of another payer having the hand they are pretending to have.

Top poker players spend hundreds of thousands of hours learning the rules and testing different strategies before they are ready to play against world leaders of the game. Websites such as 888 Poker have opened new opportunities for new players to learn the game, as they provide free play options, tutorials and other services that allow for practice without risking large amounts of money. The advent of online play has therefore increased the total number of poker players worldwide, making the game more accessible.

Most AI computers are designed to play games against human opponents are programmed with the ability to analyse information and make strategic decisions based on the most likely next move of their opponent. In this way, the Deep Blue supercomputer from IBM was able to crush chess grandmaster Garry Kasparov as far back as 1997. Deep Blue was hand-coded with the rules of chess and able to use these rules to outsmart its opponent. Two decades on, the DeepMind machine from AlphaZero was able to teach itself to play chess simply by playing time and again and reached the level of grandmaster. Despite starting with zero built-in domain knowledge, DeepMind was able to use random play to learn the game to a level that far surpasses human ability.

Until the advent of Deep Blue, most game-playing Ais used decision trees to determine their next move. Decision trees allow the machine to search forward after each potential move to the end of the game to see which outcome would be the most beneficial. However, in a poker game with more than one opponent, decision trees do not work. With several opponents, any one or more of whom could be lying and therefore not playing in a predictable manner, there are too many complexities and possible outcomes for a decision tree to be effective.

The researchers and developers behind Pluribus resolved this issue by implementing artificially intelligent software that could make good choices by looking just a few moves ahead, rather than to the prospective outcome of the entire game. Pluribus uses a similar positive reinforcement technique to that of DeepMind – starting off by playing randomly, the machine has the ability to look back at each hand played and determine what moves if any could have made it more profitable. It can then apply this learned knowledge to following hands.

AI Vs. The Professionals

The Pluribus software has been tested against some of the world’s leading professional poker players and has so far has emerged victorious. Some of the earliest six-handed testing took place with top poker players engaging in games against five versions of Pluribus.

Holder of the record for more titles on the World Poker Tour Darren Elias and Winner if six events in the World Series of Poker Chris “Jesus” Ferguson both volunteered to help test the software. These two poker masters played 5,000 hands each at a table of six, with the other five players being Pluribus copies. Pluribus was then tested as a single opponent at a table of six, with the five other players being top names who had each previously won more than $1 million throughout their poker playing careers. The computer not only won, but averaged winnings equating to $1,000 per hour of play.

The success of Pluribus could have multiple real-world applications. Computers that can adapt to myriad variables where there are many different people involved could be useful for self-driving cars and other emerging technologies.