Google has recently released a statement that they bought the famous free online antivirus scanner VirusTotal, but they did not say anything about the terms of the agreement, especially nothing about the price. Company is based in Malaga, Spain. Most experts believe that this scanner will improve Google search, but it is expected that his work will influence the search results so the websites with “secure” content will certainly occur at far higher positions. VirusTotal is operating since 2007. and he is using  40 different antivirus scanners to check files and URLs and it is also available as a separate application for Chrome, Firefox and Internet Explorer browsers. 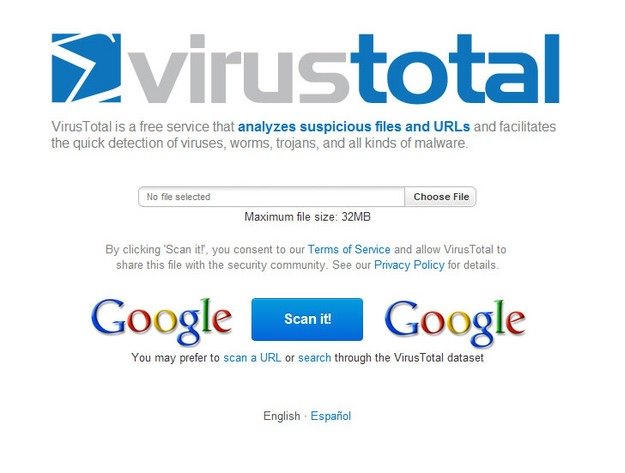 “Safety is very important to our customers and we are investing millions of dollars to ensure that” says from Google, but will not say how many millions went to Malaga.

Buying a VirusTotal is not the first investment that relates to better security. Five years ago, Google bought GreenBorder company, specializing in the sandbox technology that deals with the protection of e-mail and last year they bought Zynamics, a company that does research on vulnerability.