If you have no antivirus or internet security software OR using a free one then here is a good opportunity for you to get the world best security software for just 25% of its price. Bitdefender is offering all the three products for 75% earth shattering discount. 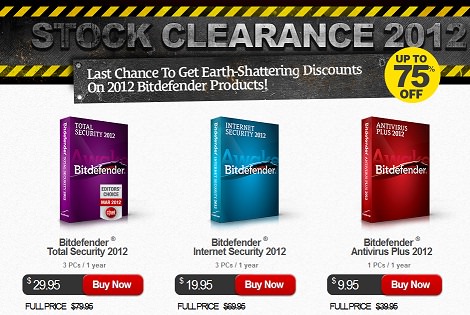 Just to let you know Bitdefender 2012 has won the best security software of the year 2012 award by AVTEST. Below is the screen shot where Bitdefender is standing No.1 in the list. 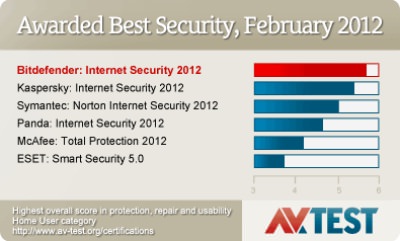 Here is the offical page for the 75% discount, visit this page and select your required software and pay just 25%. This offer is available until Bitdefender launch the 2013 version. So be quick and grab a copy for 1 Year. Bitdefender is not going to offer such an incredible offer again so don’t miss it.