Will Apple Inc Reside on Cloud Nine Even After the Loss of Its Super Power?

The greatest loss for Apple Inc is the stepping down of its super power ‘Steve Jobs’ as Chief Executive of Apple. This resignation of Jobs is considered deadly as it is a major blow to the world’s most grandiose company. Dark clouds have gathered over the company’s future and this is reflected on the same day of Job’s resignation, as Apple’s stock has already dipped to 5.5 percent in the market. Are there any possibilities for Apple Inc. to wipe away these mysteries and reflect a clear sky phenomenon for it’s never ending success stories? Recent research studies reveal that Apple will still aim higher and higher even after Jobs steps down. The major reason for all these delicate questions are nothing but the success of Apple is always tied to the remarkable vividness of its pioneer Steve Jobs. 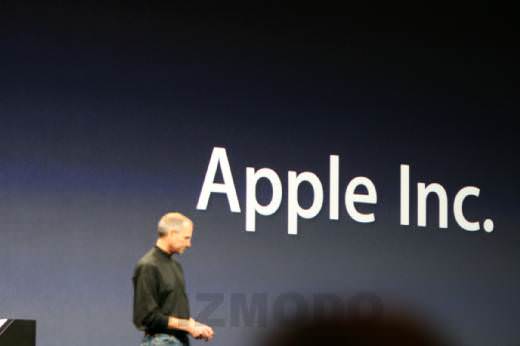 The world knows the inseparable excellence of Jobs blended with his passion for quality and innovativeness. Jobs is an admirable listener and a flamboyant thinker. No one can deny the fact that this born genius is the greatest inspiration behind the impressive talent pool of Apple. All the worthy and mind-blowing adjectives in the world can be garlanded to the dedication and customer focused approach of Steve Jobs. What an amazing role-model he is to the world of Apple and to us? Jobs’ life can be called as an enlightening lesson to those hearts throbbing for victory and commendable accomplishments.

Apple is remembered for the incredible design of its unique products and the major factor that distinguishes this awe-inspiring company is its special concern for quality. This intimate power of Apple is mainly due to the positive force driven by the genuine mentor Mr. Steve Jobs. Apple Inc. is not a wonder organization built in a single day. The modest efforts and the miraculous moves of Jobs with consistent hard work, love for technology, and the zeal for real success lead him to blow the magical powers of Apple worldwide. This popularly known ‘Mr. No’ was obstinate and determined in tracing the smart choices for his inventions every time. Jobs was the captain leading and guiding the cruise of Apple to outshine the then leader of the market, none other than Microsoft Corporation. He helped to build an upright kingdom, which was strongly supported by the highly qualitative products of Apple.

Jobs is worth remembering for his decipherable products dictating simplicity. He was the key for the success of the Apple territory, which paved way for the astounding mobile app revolution in the year 2007 with the release of the illustrious iPhone. The much awaited question for now is whether the new leader of Apple, ‘Mr. Tim Cook’ can blow the same magic following his successor? Reports reveal that Cook has already proven his potential by contributing to the rise of Apple’s stock to 67 percent during 2009 when Jobs was in a temporary leave of six months. Certain concrete statements given by expert analysts like Michael Gartenberg share a ray of hope for the continuity of Apple’s success story, as he said, “At the end of the day, there’s much more to Apple than any one individual, even if that individual is Steve Jobs”.

No one can replace this bizarre individual named “Steve Jobs” but can certainly die hard to retain the triumph lead by its Master. Let’s wait for this ‘Half Apple’ logo to rule this full fledged technological world with the insight of its ultimate leader, ‘Mr. Jobs’.

Author Bio: Alfred writes for Dot Com Infoway, a leading Software development and iPhone App development Company. He has contributed many technology articles on the web.