Trick to Add Poll On Google Plus

Google Plus is really becoming a great platform to publicize and enrich your social media awareness along with the various benefits that Google Plus offers. So in this post I will teach you , How to Add Polls on Google Plus quickly as well as easily.

Officially speaking , there is yet no tool to create polls , i.e., there is no ready made option in your settings or any other place , where you could straight forward start a poll. But yes you could do it with this trick. You could probably do it with Share Box , but to perform this trick you need to pretty quick in closing the comments on the box. But in this post I would reveal one other great method by which you could add polls much easily to Google Plus. So lets see it.

So in this method we would be using a Chrome Extension named as Do Share. It is generally a addon to write and schedule G+ posts , and plus it comes with hell lot of features too. This addon is made to ease your life with Google Plus and using it wisely and comfortably. 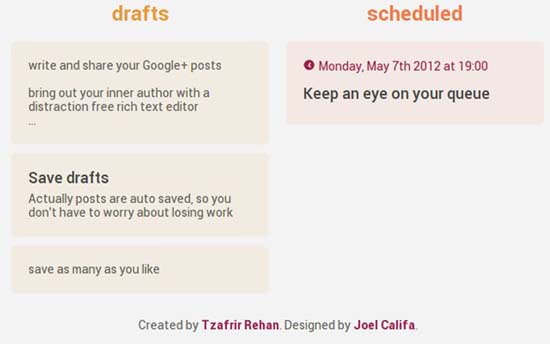 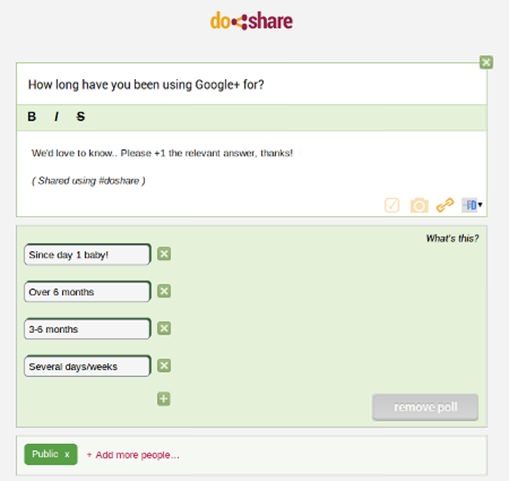 Generally Do Share is not only used for Polls but also it’s great feature of post scheduling. It schedules your posts very effectively and easily as well.  It also supports Google+ Profiles as well as pages. Also features HashTags autocomplete , and various other features too.

So this was a short trick by which you could create polls with Google+ easily using this addon , Do Share. I hope this helped. 🙂

Author Bio:- Umpreet at 17 loves to write about new trending technology and related stuff, on his blog. Also see Cool Google Tricks that he recently posted on his Techblog.