The healthcare industry is growing by leaps and bounds with the aid of technology. Devices, therapies and drugs that seemed innovative ten years ago are now being replaced with even better and cheaper solutions.

All these advancements in technology are causing a tremendous expansion in the digital health market, which is predicted to surpass $379 billion by 2024. Some of this year’s best health tech inventions are already being used by doctors and patients around the country. Some are on the cusp of being launched. 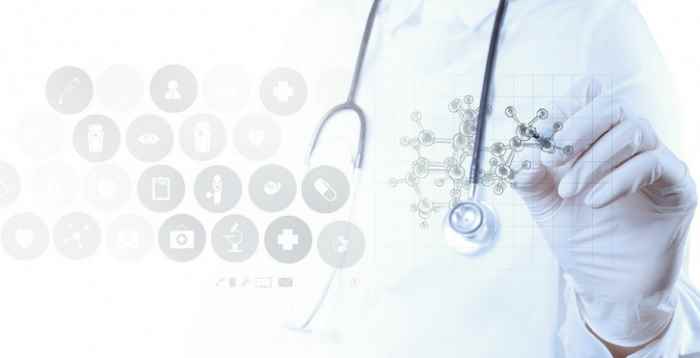 We gather five promising medtech that are or will disrupt the healthcare industry in 2019:

A couple years ago, transforming a piece of clothing into a remote cardiac monitoring tool seemed like a far-fetched concept, even for the most forward-thinking biomedical engineers. But medical device startup Nanowear is turning that idea into a reality.

Using embedded nanosensors, Nanowear transforms ordinary apparel such brassieres and t-shirts into smart fabric capable of capturing the electrical activity of the heartbeat.

In other words, a cardiac patient’s bra or t-shirt becomes a wearable electrocardiogram (ECG) machine, allowing their doctors to monitor them from afar. The garment called SimplECG ™ is powered by a special type of software called software as a medical device (SaMD).

“SaMD systems can be designed to use wearable sensors to collect multiple vital signs which can then be tracked using software. The software monitors and uses this data to enable targeted recommendations and alerts for both patients and clinicians.” explains Orthogonal, the software developer behind SimplECG.

In this case, SaMD takes the data captured by Nanowear’s biosensors and integrates it with a diagnostic cardiology management system, before transmitting it wirelessly via Bluetooth to a doctor’s computer or smartphone. This way, clinicians can make targeted recommendations in a matter of minutes. The product received FDA clearance and it’s currently in pilot trials.

In 2019, prosthetics do more than replace missing limbs. Thanks to neuroprosthetic technology, amputees and paralysed patients are able to control their artificial legs or arms using their own brain. Now, researches at the University of Chicago (UChicago) are working on developing solutions to help these patients regain their sense of touch too.

Without sensory signals, a robotic arm will never be as functional as a human one. This is why the UChicago scientists aim to build brain-controlled prosthetics with sensory feedback using complex algorithms and electrode arrays, which are neural implant designed to decode the messages between the brain and the limb.

The researchers, who were recently awarded a $3.4 million grant from the National Institutes of Health to start human trials, have already had a huge breakthrough; a tetraplegic patient who tested their system was able to feel tactile sensations on his prosthetic hand.

Modern medical students are starting to rely less on textbooks and dummies, and more on apps for learning and practicing. Recent data shows that over 70 percent of medical students use at least one medical app on a daily basis. A biomedical visualization company took notice of this trend and created the world’s first human visualization platform.

Using 3D body mapping technology to deliver 10,000 3D structures of the human body ever assembled, the BioDigital Human app by BioDigital, Inc. might be the closest thing to a living digital textbook.

Students can now take virtual tours of the body as easily as they navigate Google Maps. They can explore bones, muscles, and connective tissue in a comprehensive and highly accurate format. Plus, they can see at a glance health over 500 conditions such as cancer, heart disease, diabetes and injuries, watch their progression and test different treatments options. The app was updated this year with 3D interactive quizzes and tools to draw on and share models.

It’s no secret that it takes over a decade and costs billions of dollars to develop a new drug. But what most people don’t know is that testing methods are what often slow down the process even more.

Human tissue cells quickly die once removed from the body and placed into petri dishes. Animal trials, the second most common way to test drugs, can also be tricky due to biological differences. Thankfully, researchers at the Wyss Institute At Harvard University, found a method to make clinical trials faster, cheaper and more precise.

Their solution is to use something called “organs-on-chips.” These tiny chips made of polymer offer a molecular-scale view inside human organs. A technology called microfluidics enables them to mimic the structure and critical functions of organs such as kidney, brain, liver, bone marrow and lungs.

A lung-on-a-chip is already being used by Johnson & Johnson’s Janssen division to treat pulmonary thrombosis. What makes the micro-devices so unique is their ability to imitate the cells in great detail, allowing doctors to create highly personalized drugs for specific groups of individuals.

“Imagine you have a group of asthmatics who are female, belong to a particular ethnic group, and all have a higher sensitivity to smoke inhalation,” explained Wyss Institute director, Donald E. Ingber. Inber and his team are currently working on building 10 different human organs-on-chips that would mimic the whole human body physiology.

In the recent years, blood tests have gone from mere guiding tools for doctors to valuable diagnostic solutions. Invasive, costly and sophisticated procedures used to predict cardiovascular disease, infectious diseases and genetic disorders, such as Down Syndrome are slowly being replaced by cheap and highly-effective blood tests.

Take for instance the test developed by Stephen Quake, PhD, a professor of bioengineering and applied physics at Stanford University in California. Dr. Quake created a test for pregnant women than can predict premature birth. And it does so with 80 percent accuracy. The test measures the activity of maternal, placental and fetal genes and scans for a handful of genes that are  predictive of preterm delivery, the largest cause of infant mortality in the United States.

Dr. Quake’s lab, which received funding from the Bill & Melinda Gates Foundation, is also looking into blood tests for infectious diseases. At Baylor College of Medicine in Houston, on the other hand, researchers are creating a blood test to help predict cardiovascular disease.

Let’s do a quick recap. For medical students, mobile applications are making learning a walk. For doctors, smart undergarments allow them to monitor sensitive patients from a distance, while microchips that mimic human organs are helping pharma develop new and better drugs. Lastly, patients are benefiting from powerful tests capable of predicting heart disease and premature births. And we’re just half way through 2019, which means there’s even more exciting innovations to come.