Wondering about suitable android apps for your android phone? Get puzzled with lots of apps? Cannot decide on the best apps? Well, I’m here to let you know every tiny detail of the top android apps of 2011. Before going to know about these apps, you need to know why you should go for them. In recent times, the market of android phones is always at high. In fact, these phones are now selling as hot cake!

On the other hand, the market of the iPhone is a bit stable. Hence, it’s easy to select a few. As the android handsets are readily available at a wide range of prices, it’s really tough to find the best apps for your handset. With the rapid expanding of market, developers are keen enough to produce a better supply of android apps. After rounding up numbers of android apps, I have just found these as the top apps of this year. Just read on! 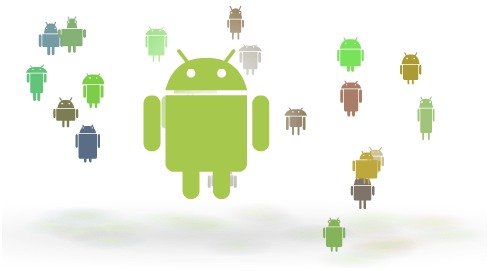 This new BBC News app is really something you want on your phone. Finally, Beeb has done a good job. We should be thankful to him for developing this exclusive app. Its design is somewhat similar to Pulse. Here are some of its basic features:

The one and only downside of this app is it doesn’t allow you to access same breath of news that already exists on the BBC news website.

Wondering about any suitable video player for your phone? Then, MoboPlayer is an option for your Android phone. Here are some of its amazing features:

Want to mess around with shots from your handset’s camera to have more retro feelings? Then, LittlePhoto is the perfect app for you! It’s more similar with Cameraplus or Vignette in features. You can shoot photo with your handset’s camera and then add any sort of vintage effect to it. Here are some of its exclusive features:

If you are wondering about any substitute for the Android keyboard, then SwiftKey X Beta is the one! It’s an exclusive android app of recent times. H       ere are some of its key features:

On the web, developers are hyping around their own android apps but it’s you who should check out its worth. So, why are you waiting for? Let’s just roll!

Author Bio:- This is a guest post by Janes Smith who loves to write on Computer Certifications. She has published many articles for Students Journal and is a member of the Students Society.  She recommend Pass Certification for trainning material such as  MCTS Certification. She lives in Rumford, Maine, with her husband, three kids and two dogs.