Barely a week goes by without news of the latest tech marvel –technology is refining and innovating exponentially, with new inventions constantly trumpeted in the press: if it’s not here now, it’s just around the corner, they say. Of the multiplicity of tech inventions out there now, let’s take a look at three which have really altered the way we work and play…

This has been a real game changerfor the way IT and telecomsoperates. The 2006 date is debatable, with the idea mooted in the 1960s and services firm Salesforce.com launching in 1999, followed by Amazon Web Services in 2002. However, it was only with the launch of Amazon EC2/S3 in 2006 that the first widely-accessible cloud computing service truly came into being. Nowadays, a new colocation centre is being opened every few months, as more and more businesses wake up to the advantages of increased data storage capacity, flexibility and – most of all – cost reductionof their essential IT services. 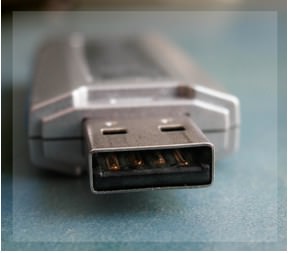 Like the paperclip before it, the flash drive isone of the most underrated inventions around. They are everywhere, and people rarely stop to think of the world before they existed, when data transfer was dependent on unwieldy recordable CDs and floppies and appeared out of the reach of least skilled computer users. Nowadays storing and transporting even large amounts of data in your pocket is a doddle, and SSD technology is changing the way we look at hard drives in general.

When the iPhone exploded on the scene in 2007, how many of us were ready for how it would change, well, everything? What appeared to be just a faster, snazzier mobile phone turned out to be so much more, launching the concept of the app on the wider world and making almost any IT-related activity possible on the move, while creating an entire new category in IT and telecoms services. Nowadays, colocation centres are created just to deal with the numbers of people accessing social networks and online gaming on their smartphones, and no successful online marketing campaign is conceivable without taking into account the “mobile devices” revolution. And we thought laptops were cool!