SteamOS – a new player at the operating system market?

SteamOS 1.0 Alchemist, which was released last week, is an operating system for “TV and your living room” which is based on the Linux core. Having installed this OS on your computer you will get access to hundreds of games and applications distributed via Steam network.

Valve developers decided against building a new operating system from scratch and took a stable version of Debian GNU/Linux distributive as a basis. It provided SteamOS with its user interface and software repository, which are controlled by Valve. But in general it still looks and behaves like Linux with all the possible consequences. 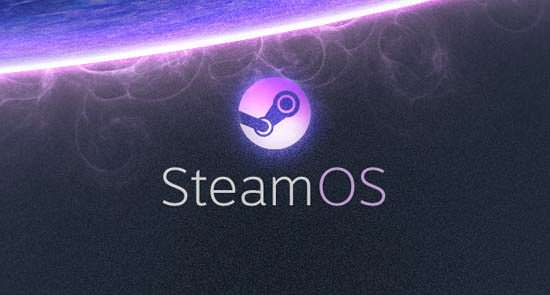 SteamOS 1.0 is only the first beta version, and its installation is not recommended for a regular user. Installation package threatens to occupy almost all space on your hard drive and if installed incorrectly may lead to some undesirable effects. But those who have already installed Linux distributives should manage the installation of SteamOS all right.

Valve themselves consider the connection to the free OS to be a real advantage for their product. Among the main pros they name the increased efficiency (as compared to MS Windows) and the fact that SteamOS is also as open as Linux. I think that it will be good for many users: they will be able to turn a regular computer into a gaming one just by installing additional software from Debian repository. SteamOS also has a standard system version to which you can restore in case something happens.

Right now SteamOS is available for download from the Valve site (here) but starting from January the company is planning to produce Steam Machines – consoles with recommended configuration produced by Valve or its partners. Additional advantage of this device will be the possibility for a user to choose the option that suits him or her best: either to buy a ready-to-use Steam Machine or make up his own one on the basis of the instructions by Valve. The only difference will be the absence of Valve Steam Machine Controller – an exclusive manipulator which will be provided by Valve only. But the company has already stated that its availability is not critical.

Either bought or self-assembled Steam Machine will have a competitive edge over its main rivals, Xbox and PS4. Firstly, in terms of money, as some users can buy a standard edition and other can use upgraded version with more powerful graphic card and processor. Secondly, Steam Machine can be easily upgraded as its architecture is open. And thirdly, there’s a lot of software available at the repository.

Nevertheless, it’s still early to say that the OS is ready for mass installation. Actually, I’d recommend installing a regular Steam client for your computer and wait a little bit until Valve releases a more stable version of the operating system which will exclude some bugs, will have the option of “home screening” and add the access to media services.

But the main question that a lot of people have in mind regarding this release is the following: will SteamOS change the alignment of forces in the gaming world? And the question is not only about games, but also about the possible increase of Linux popularity. Valve has no doubts about it and points at the OS’s advantages for developers: the OS is free for everyone, regular users can access developers more easily, and developers, in their turn, can react to complaints and suggestions faster.

If you think that the positions of Sony and Microsoft are firm and can’t be shattered, then just think about these numbers: today Steam has around 65 mln users, and 7 mln are online simultaneously, 3 out of 4 games sold online are sold via Steam, etc. These numbers can be compared to the number of the consoles sold. So personally I think that StreamOS has some future ahead. And so does Linux.

Eugene is a senior online marketing manager for Apptraction (visit their site http://www.apptraction.com/), a New York based mobile development company with focus on iOS app development.