The Samsung Galaxy S3 is already generating much in the way of buzz as the most anticipated smartphone of the year – which is a pretty impressive feat for a phone that hasn’t even been formally announced or given a release date yet. 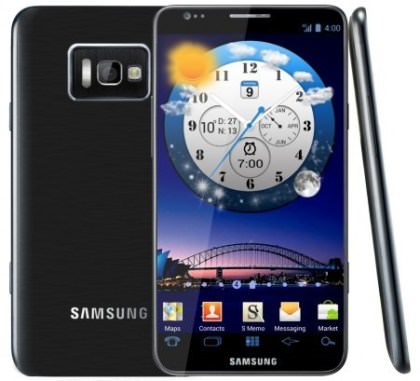 Given that pre-orders have now reached 10 million (source: 3G), it’s hardly surprising that speculation as to what the S3 might involve or feature has now reached fever pitch, and it would appear that everyone from industry insiders to retailers have their own opinions on what to expect from the imminent announcement.

Retail giants 3G state that the 10 million pre-sales (which account for half of the total sales of Samsung’s previous outing the Galaxy SII) are a true testament to the faith that fans and aficionados have in Samsung and its abilities.

Scour any site that specialises in gadgets and gizmos and you’ll be sure to find a variety of predictions relating to the potential size, shape and specifications of the Samsung Galaxy S3 and many of these seem to be saying the same thing, albeit in a variety of technical and non-technical speak.

So what can be expected from the newest addition to the Samsung family?

Firstly, there is much speculation over the screen. The last outings from Samsung have been dominated by a large glass front with the S2 boasting 4.3 inches of Super AMOLED Plus Screen which had reviewers salivating at its release. There seems to be no way that Samsung are going to go with a “smaller is better” motif and as the old saying goes, “if it’s not broke, don’t fix it” – so a large screen seems to be the safest bet when it comes to laying down the predictions. Insider “leaks” from Korea suggest that a 720p resolution is a safe bet but that remains to be seen or confirmed.

Suggestion from Samsung themselves in 2011 that they would be looking to release Flexible OLED technology in 2012 has led to suggestion that this will feature on the Galaxy S3 which could lead to a curved or bent screen to allow for more flexibility in the phone. If this is what actually emerges then it could spell the end of the typical rectangular phone for which Samsung has developed a reputation/habit. After all, there’s little point in putting a screen with this much flexibility on a bog-standard design and insiders have predicted that the Galaxy S3 has the potential to really flex its muscles against whatever Apple might have up their sleeves.

With so many rumours about the size, shape, capabilities and power of the Samsung Galaxy S3 as well as discussions about the release date, there is no doubting that Samsung must be rubbing their hands together about the amount of excitement that is being generated and despite the various differing opinions, there is one constant theory – wireless charging. Should this remain the case and prove to be true, it’s likely that it could not only revolutionise the phone itself but a whole industry given the chance!

Author Bio:- This post was written by Terry Brightman – a total gadget geek and proud owner of the new Samsung Galaxy S3 smartphone.