Leave the Plastic At Home: Virtual Wallets Are Here

Get ready to cut up those credit cards and replace them with a smart phone. More than likely your next phone upgrade will include technology that permits it to be used like plastic. 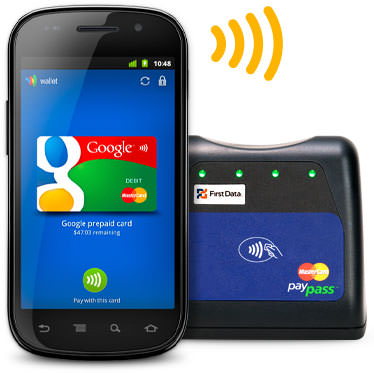 In Asia and Europe, customers have been using their phones as charge cards. The handhelds there are equipped with what’s called NFC chips. Near field communication technology allows phones to communicate with payment centers.

As the term implies, phones need to be near a payment machines (approximately four inches) for the transactions to go through. NFC enabled machines will operate rather easily with just a swipe, or tap, over an electronic reader at a checkout.

The market is hot for devices equipped with such technology. One study said that by the end of next year, 100 million NFC devices will be shipped to customers. It’s projected smart devices with NFC capability will increase from 40 million this year to over 700 million by 2016.

There’s even a website whose sole purpose is to educate American consumers about the wonders of NFC.

Google made a big splash this week when it announced an app called Google Wallet. The free application will run on Sprint’s Nexus S (one of the few phones sold in the U.S. that is NFC enabled).  The search engine company has teamed with MasterCard and 150,000 merchants who have NFC capable terminals installed. In its announcement, Google said stores like Subway, Macy’s, Wal greens and Bloomingdale’s would soon be on board.

Google hasn’t been hiding its interest in the NFC market. Late last month it said that all future Android smartphones will have the technology.

One selling part that Googleis stressing is the security of such transactions. Each purchase has to be approved by a security code. The program does not allow for codes that are easy pickings for hackers (so no 1234), and the chip closes down when the smart screen goes dark.

Google’s foray into the market is just a taste of what’s to come because major technological players are getting on the ground floor.

PayPal, Visa, and T-Mobile have plans to use NFC . Those lucky enough to be in London next year for the Summer Olympics will be able to use their phones thanks to Samsung and VISA. There are rumors Amazon.com will get into the game. Microsoft ‘s  upcoming phone will allegedly have the technology. Rumors are also attached to Apple’s awaited iPhone.

Nokia is being the most aggressive with the chips by putting them in all future models.

These heavy hitters are just following the money. Or at the very least heading where profits will be. There are estimates NFC transactions will reach $245 billion by 2014.