Is Apple’s EMI System Going To Work In India?

When talking about high-end devices, Apple is a brand that is oft discussed. Since the launch of the original iPhone in 2007, it has grabbed the attention of millions around the world with its offerings. It differentiated itself from the crowd to such an extent that its products achieved cult following among many of the brand’s consumer base. However, the last 2 years have seen a steady increase in the number of Android users, and with Google incessantly launching new iterations of Android with a bevy of bug fixes in tow, that number is set to grow even further.

Apple has been seeing a steady decline in the number of new buyers for its iDevices. The last 2 years have not seen significant changes whether in terms of design. While some minor changes and enhancements were done in terms of design, like the use of aluminum on the iPhone 5, there weren’t any major breakthroughs as such from one of the most coveted manufacturers in the world. This factor, along with the high costs of the device contributed to lukewarm sales. By that, we do not mean that the iPhone was a failure. Far from it. The device did not do as well as earlier iterations have, in terms of overall sales. This can directly be attributed to increased interest in the Android ecosystem, as there now are devices on Android which can be considered just as good, if not better, than what is being offered by Apple. 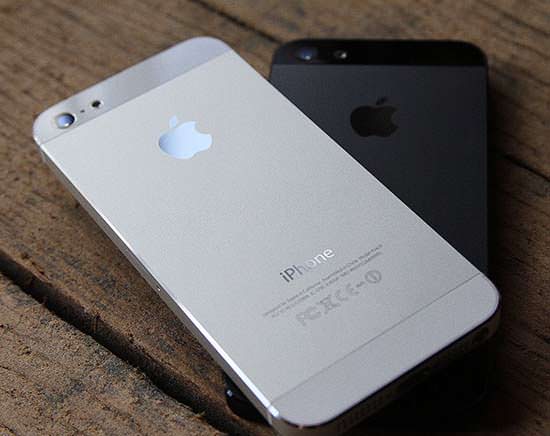 To counter declining global sales, Apple has shifted its focus on markets like India, in a bid to bolster its consumer base here. With the launch of the iTunes Store and the subsequent availability of its iDevices via an EMI system, it is clear that the manufacturer is looking to grow in this market. With the facility of Emi now available, it should be considerably easier for more consumers to buy an iPhone 5. Currently, the deal involves a down-payment of a little over Rs 16,000 along with a 12 and 6 month EMI. There are down payment offers going on iPhone 5 iPhone 4S and iPhone 4. The offer is available at all Apple-authorized stores on credit cards from nine of India’s leading banks.

The availability of iDevices on EMI makes a lot of sense when looking at the Indian market. Previously, one of the major drawbacks in buying such a handset in India was the fact that financially, it was not viable for most consumers. The mobile market in India is different from the carrier-model that is followed in the U.S. For many years now, manufacturers like Nokia have done exceedingly well in India, when they have been struggling elsewhere, because of the fact that they were the leader when it came to budget handsets. The mentality of the Indian consumer is one that is focused on value for money. While there do exist a lot of consumers who are ready to shell out any amount of cash on the latest gadget, that number is quite less when seen against the total as a whole.

The iPhone 5 is lighter and taller than earlier iterations. Currently, the iPhone 5 along with the iPad and iTouch devices can be bought using the EMI system. The iPhone 5 16 GB version costs around 45,000; which is quite high for a gadget. With devices like the Galaxy S4 also set to cost that much once it launches in the next quarter, the playing field is level in terms of monetary value. Also, the iPhone 5 has a host of incredible features which includes a 4-inch Retina-screen with a native resolution of 640 x 1136, Dual-core 1.2 GHz Processor, 1 GB RAM and 16/32/64 GB of internal memory. The 8 MP iSight camera is touted as one of the best, and has a lot of tweaks and software enhancements done as to offer convenience when taking images and videos. All these features combined with the futuristic styling mean that the iPhone can go head to head with any offering by other manufacturers.

It is evident that Apple is looking to entrench itself in the Indian market. Apple has always had a strong following in India, as it does most everywhere in the world, and with the addition of the iTunes Store, Indian buyers will have access to some of the most diverse content from all around the world. Over the years, India has not been a strong contributor to global iDevice sales, but with the iPhone 5 price in India around Rs. 45,000 and combined with the availability of new EMI schemes, all that is set to change. One wonders why it has waited for so long to do so.

Author:- Harish Jonnalagadda is a Market Analyst at MySmartPrice, which is one of India’s leading price aggregators, and where one can find how the iPhone 4S is doing in the Indian market. A bookworm, he is usually found reading Sci-Fi novels in his free time. He is also an enthusiast gamer and a huge fan of the Assassin’s Creed franchise.