Internet Radio Coming to a Car Near You

The radio has been the main source of in-car entertainment for decades, but in recent years it has struggled to remain relevant amidst competing technologies like satellite radio and MP3 and iPod compatible cars. However, automobile manufacturers may breathe new life into radio, only in a different form, by outfitting their cars with wireless internet radio capabilities. 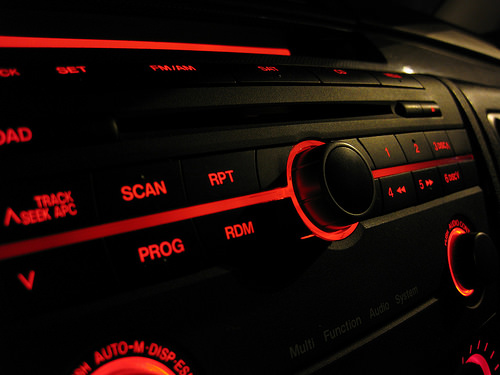 Internet radio has grown popular because of the versatility that it offers users. With the service you can select the type of music that you want to hear (skipping over any songs that you don’t like) and create “channels” based on your interests, and unlike simply listening to an MP3 player, you are not limited to your own music library. Listeners can choose from hundreds of thousands of music, talk and news stations from across the world. The choices are virtually endless, and they open up a whole new realm of listening possibilities; connecting you with people and entertainment in faraway places. With the integration of smartphones and car stereo systems, those who love the freedom of listening to wireless internet radio can now enjoy their favorite stations like Pandora, Slacker, Spotify and Last.fm when they are driving. These stations provide music from a long list of artists, and with over 40 million listeners, their choices are expanding daily.

Internet radio in cars is achievable through the use of your smartphone’s wireless data connection. Devices with an internet service plan can access free internet radio apps that are then played over your car’s stereo system. In some cars the internet radio is navigated using the touch screen on the phone, but recently more companies are designing systems that allow you to use your in-car controls as they are more convenient to use while driving. Additionally, several manufacturers are working to make the technology even less distracting by offering cars with their own touch screen interface and built-in voice recognition.

In the United States, the sales of automobiles with internet radio capability are around 168,000, but this figure is expected to skyrocket to around 24 million cars by 2018. Models currently equipped with the feature include Ford, BMW, Mercedes-Benz, Lincoln, Scion, Chevrolet, Hyundai and Buick. Several of these manufacturers are partnering with certain internet radio providers to offer exclusive in-dash apps that work seamlessly with your smartphone.  In addition to luring in customers with internet radio, these companies are also satisfying the public’s craving for technology by providing other in-car apps that include features with diagnostic tools, gas locators and accelerometers.

While internet radio may bring an end to satellite radio and have traditional radio stations scrambling to keep up, the evolution is good news for consumers. Services like Pandora allow you to combine everything you love about listening to your own music with the discovery and entertainment of listening to the radio. Now, with auto companies fulfilling the demand to seamlessly integrate internet radio into cars’ stereo systems, you never have to be without your favorite internet radio stations.