How Does the New Microsoft Surface Stack up Against the Competition?

The new Microsoft Surface is a brilliant creation satisfying market need and delivering competitive advantage. For far too long the iPad has been the only real option in the tablet market. There are two varieties of the Surface: the RT and the Pro. The two models are very different; the Surface RT will be comparable to an iPad or Netbook, a fast machine running an ARM processor. The Surface Pro, on the other hand, contains an Intel Core i5 processor and will be more comparable to a powerful laptop with the ability to run all the normal Windows programs. 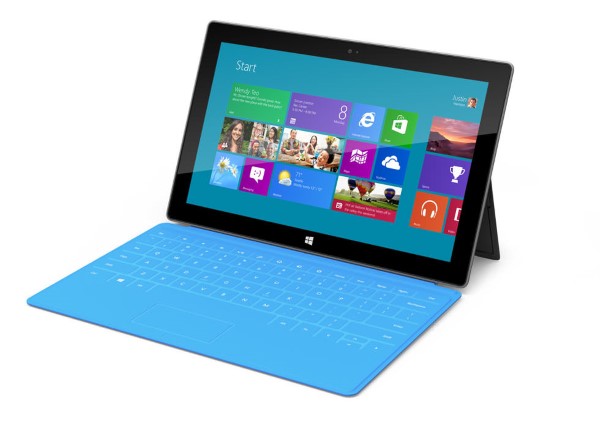 The Surface has a 10.6 inch screen with a built-in stand that is magnetically held in place until you are ready to use it, something the iPad and most tablets do not have as standard. Other additions are the Touch Cover and the Type Cover, two keyboard variations that allow easy typing, with buttons to be pressed instead of a touchscreen. The Touch Cover is an extremely thin keyboard for portability over function, where the keys are touched, unlike the Type Cover, which is a marginally thicker keyboard. The Type Cover keyboard has real buttons to press and feels like a normal keyboard.

For business use the Surface will make a nice addition to the modern gadgets used in many offices, although it could make the iPad and other tablets seem less serious due to the keyboard attachments. As a bonus the Surface is capable of running Windows applications that most businesses regularly use, one reason it will be a strong contender in the business market. For personal use the Surface does not need a keyboard attached at all times and the Surface Pro should be able to run many Windows-friendly computer games. It is likely to be a Wi-Fi only device, which will limit users to only those having Internet access in Wi-Fi-friendly locations. This is a product weakness considering that even the Kindle e-reader has the option to use 3G.

The Surface is a very creative and polished device, unlike many of the Android tablets. Without a fully stocked Apple App Store it may initially struggle against the iPad and iBook portable computers. However with the benefit of the Surface Pro being an extremely portable and powerful laptop, there certainly are many advantages.

Author Bio:- Dirk Strongthorne enjoys writing about technology topics for the web where he can share his knowledge and interest with others. Dirk always encourages the use of a newegg coupon code to save on your next must have gadget!