Here’s Why the iPad is No Kindle Killer

This is a guest post written by Grant Dobinns, who writes on graphic design degree, you can also write for TechMaish, Read Guest Blogging.

Who says people don’t read anymore? Maybe Apple’s Steve Jobs did way back in 2008, but even he has been forced to swallow his ill-timed words with the iPad, the latest fancy toy from the Apple stable, featuring an e-reader and staking claim as being much better and definitely bigger than its predecessors like Amazon’s Kindle and Barnes & Noble’s Nook. While I will concede that it’s big, the iPad is definitely not the best in the e-reader business because: 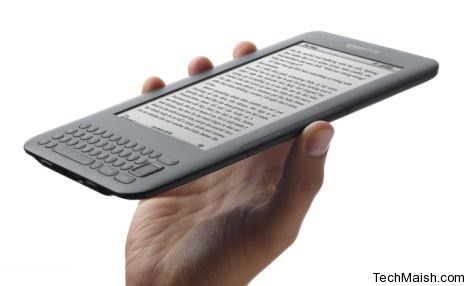 On the bright side however, the iPad offers a large color display and shows off pictures and illustrations with startling clarity. But if you want the bottom line, unless you’re looking for much more than an e-reader, the iPad is just another glorified status symbol. And for those who are looking for just a good read, the Kindle and the Nook are still the way to go!

By-line:- This guest post is contributed by Grant Dobbins, who writes on the topic of graphic design degree . He welcomes your comments at his email id: grant.dobbins<@>gmail<.>com.