Google Wallet – A Net Gain or Loss for Consumers?

On Thursday, May 26, Google took the wraps off its new mobile payment system that the company is calling “Google Wallet,” and it has tech pundits buzzing. But what exactly is Google Wallet and what does this mean for consumers?

First, we know one thing without a doubt – Mobile-phone based payments are on their way to the more than 300 million consumers located in the United States, and the technology is going to have a huge impact on the way these millions of individuals conduct daily transactions, just as the first credit cards did in the early 1950’s. As with many “new” technologies, the idea behind mobile-phone based payments isn’t actually new at all – It’s been in use throughout Asia for many years, where shoppers routinely use their smartphones just as they would credit cards. The technology has been thoroughly tested and is already ready for primetime. It’s only now that Westerners are catching up with their Asian counterparts. 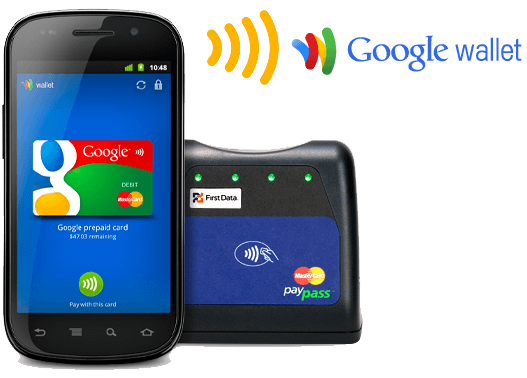 The technology we are referring to is NFC, or “near field communication.” NFC is a actually a set of short-range (usually fewer than 4 cm) wireless technologies that make it possible for an “initiator” (in this case, a mobile phone) to communicate with a target device. The phone actively generates a very small RF (radio frequency) field that is capable of powering the target. This power transmission makes it possible for small, extremely efficient targets to be created that do not require their own power source. These devices can be fashioned into an an almost limitless number of form factors, including, but not limited to, tags, key fobs, stickers, and yes – point-of-sale (POS) terminals.

In short, Google is actively promoting a system that allows consumers to ditch their credit cards in favor of one device that virtually every individual already carries in their pocket – the mobile phone. The benefits to consumers are obvious, but what exactly is in it for Google? At first glance, you would be forgiven for assuming that Google’s game-plan is to take a piece of the typical 2.5% (average) transaction processing fee associated with each of the more than 27 billion credit card transactions that take place each year. But that’s actually not the case. As surprising as it may sound, a major part of Google’s marketing effort to entice banks to get behind the system is a promise to provide the platform free of charge, leaving the banking industry’s payment-processing cash cow in place.

As is typical with Google, the company’s primary interest in NFC-based payments is actually in the data behind each of these transactions, and not in the transaction itself.

According to Charles Govin, an analyst with Forrester Research,

“Google’s interest here isn’t in the payments, it’s in the data that underlies the complete chain of commerce including consideration, promotion, transaction details, coupons, and receipts.”

Indeed, Google’s plan is to leave the basic concepts behind card-based payment processing in place and to instead focus on integrating that technology with their new “Google Offers” platform that was also just announced on Thursday. This service provides consumers with special discounts and daily coupons. If this sounds familiar, you are not mistaken. Google’s hope is that the ease and convenience of their NFC-based payment processing platform will allow it’s Google Offers service to overtake the already well-known and entrenched bohemoth in the industry – Groupon.

Unsurprisingly, Google isn’t the only company that sees value in mobile phone-based payments. A competing service called “Isis” is being prepped for launch as well, and it is supported by numerous industry giants (Verizon Wireless, AT&T, and T-Mobile). Whether Google’s Wallet platform or Isis will ultimately win the hearts and minds of consumers remains to be seen, but one thing is clear – Mobile phone-based payments are coming and the effects are going to be enormous. The consequences for consumers will be mixed. On one hand, consumers will see increased convenience as they will be able to rely on one device for managing all of their payments. On the other hand, consumers will be giving up yet more personal information that companies hope to exploit for further financial gain. Whether this is a net gain or loss for consumers remains to be seen.

Author Bio:- Tim Ambler is the President of MightyPromos, a promotional marketing firm that helps businesses reach out to consumers through the use of promotional merchandise, including personalized shot glasses.