Nexus 4 is going to hit the market this November 13th, Here’s an overview of the device’s specifications.

The screen is slightly curved similar to the previous models. The rear frame is flat glass with a dotted pattern hologram which reacts to light, Ubercool right?. The contoured Gorilla glass 2 shields the screen from scratches. 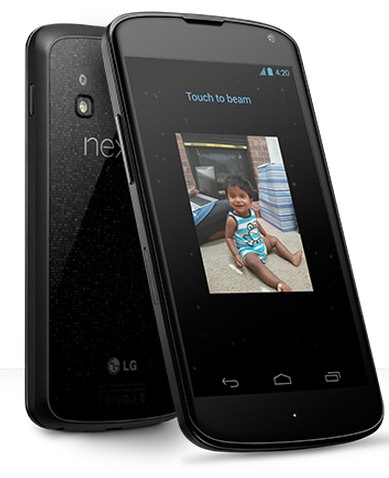 Overall, it sports a cool design with a solid feel in your hand

Nexus 4 is going to be upgraded with Android 4.2 JellyBean featuring many intruiging features like 360 field view photoshoot. It also has a HDMI port which lets you directly plugin your phone to a HDTV for a direct video output. Many users reported this feature missing in the previous models

Nexus 4 comes with a pric tag of $299 for 8 GB version while the 16 GB costs $349 from your wallet. Although numerous futuristic features are packed in at a competitive price, lack of the core feature (4G LTE) disappoints several Nexus fans, including me.

There’s yet another bad news, The latest source reveals that the ridiculously low pricing is not going to be same outside Google Play store. There are many countries which do not support Google Play shipping such as India, Pakistan e.t.c

Author Bio:- Gautham is the author of Free Twitter Headers blog and a technology blog