Companies like Google are hard at work making what was once movie magic into everyday reality. Google’s Project Glass aims to take the computing power of a smart phone and project it on the lenses of high tech glasses. As Google describes it, this allows you to “explore and share your world, putting you back in the moment.” The lines of display glass and technology have been blurred by the iPhone; now Google is trying to blur the lines of augmented reality by way of their Google Glass headset. In the future, these innovations may play a major role in our daily lives. 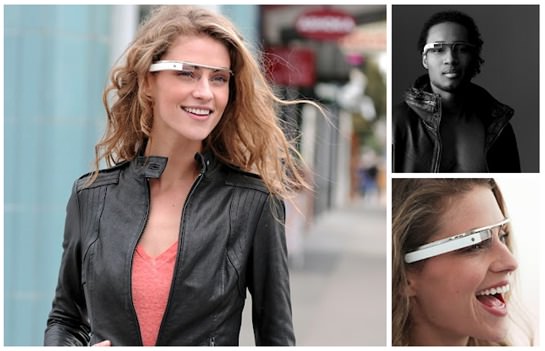 From Hollywood to Reality

When the Stephen Spielberg-directed Minority Report came out in 2002, the special effects were breathtaking. It was not only the SFX, but the combination of effects with futuristic technology on display in the movie that was so remarkable. This included vertical glass touch screens, next generation cars, and hand detection user interfaces. In a decade, a lot of this is becoming a reality. What we saw on Minority Report in the way of hand detection UI has now been ported by researchers at MIT with the use of Microsoft’s Kinect gaming product. The Kinect is a video game product that responds to human voice and movement. It is like the Nintendo Wii’s motion controlled remotes (but on steroids), and your hands are the remote. Google’s motivations, however, are not solely about gaming.

In May, Sergey Brin, the co-founder of Google, appeared on Current TV’s The Gavin Newsom Show and demoed the Google Glass augmented reality headset. While the Google co-founder was mum on many details of how exactly the glasses worked, he was still drumming up tons of excitement.

Google Glass is being developed in Google’s ‘Google X’ offices; a secret robot-making lab that sounds like it’s out of a science fiction novel. These are the same engineers that have been working on Google’s autopilot (driver-less) car, which has also been garnering tons of press and media attention.

Brin said in the Current TV interview that he has hopes to get the Google Glasses out sometime next year. These are very aggressive “Steve Jobs-esque” goals for Brin and Google. The fact that Brin is confident enough at this [prototype] stage to make the media rounds with the Project Glass Goggles shows just how much of a reality the high-tech glasses are. To showcase a working prototype of Google’s potential next “wow” product will only continue to fan the amazing level of interest in the glasses that we have already seen from consumers thus far. Google’s initial Google Project Glass promo video on YouTube has been viewed over 15 million times in less than two months.

The Next iPhone? (Must-Have Product)

Then comes the question of, ‘Can these augmented reality glasses be Google’s ‘iPhone,’ in terms of demand and revenue?’ Could we one day see a Google Store in every mall like we have seen Apple’s expansion in the retail space? If you look at Apple’s market share, that should be every tech company’s goal: to first create great products that then bring along great demand (and a ton of “fanboys” doesn’t hurt, either).

The Google X labs are the epicenter of Google research, both in terms of technology that will change our lives and through products that become universal like Apple’s devices. These magical products have to start somewhere.

While Brin had to touch the touchpad on the side of his prototype Google Project Glass goggles to operate it, perhaps Google’s ultimate goal will be going “hands-free” via the high-tech goggles, as they show in the aforementioned futuristic promo video. This means the touchscreen revolution may one day make way for the touchless revolution, transforming all of our lives once again.

Author Bio:- Bahram Nasehi is a Vice President and partner at Dulles Glass and Mirror.  He is instrumental in the development and manufacturing of commercial and residential glass products including custom mirrors, frameless shower doors, glass table tops, shelves and replacement glass.