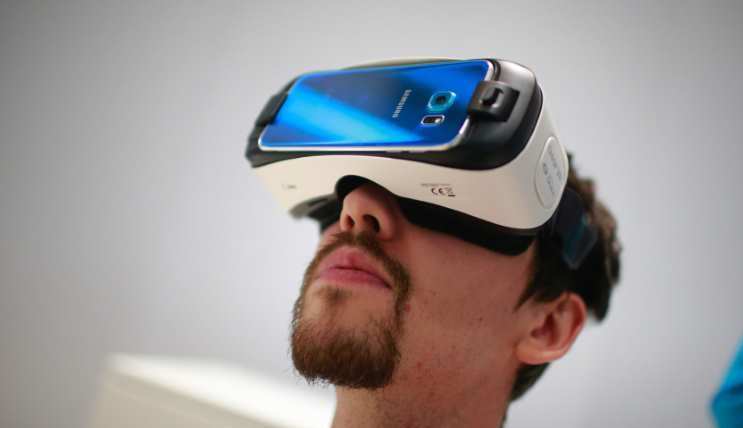 If virtual reality is to become more than merely a fad, it needs to blow past early adopters or as we normally call them, nerds. Yep, it might not always sound nice but, more often than not, high tech doesn’t always equate to popular tech. Take WebOS as an example. During the early days of mobile, there were 4 players fighting their ways to consumers’ hearts. They were Symbian, iOS, Android, and WebOS. I doubt you would even recall Palm, the company, much more the innovative OS they developed. Go ahead and check on YouTube how much more feature rich it is compared to Android and intuitive versus iOS. For those of us who remember, I’d argue that given the dose of marketing and when paired with solid hardware, it could still give the modern OS’s we’re using these days a run for their money.

Enough about nostalgia. The point I’m drawing is that no technology has gotten wide adoption at first attempt. There needs to be breakneck innovation in its infancy and continued refinement as the years pass. For virtual reality to get a foothold in the homes of billions of people, like how smartphones are now entrenched in society. For it to have a chance of being ubiquitous, it has to dramatically impact the flow regular folks’ daily lives.

We’re only a few weeks short of arriving in 2017, and here are some awesome and inventive new trends that I consider willpower virtual reality into our future lives.

The boost of mass market VR thanks to Google Daydream

Not much time has passed since Google made the announcement about its Daydream VR during its Google Pixel announcement, but it has already reverberated enough of the tech industry that non-techie folks have heard about it. Its launch is Google using its weight towards the seemingly rudderless virtual reality releases of other companies like Oculus Rift, Gear VR, and HTC Vive. This is not to say that those we’ve mentioned doesn’t stand a chance against this recent virtual reality headset iteration, however, if there’s anything we’ve learned about how Apple has crushed its naysayers, it’s that design must be given top priority in every new product release.

Google’s Daydream VR platform has given VR not only the revolutionary technology, more importantly; it’s plainly trying to imbue aesthetics to it. Together with the sweet release of the Pixel phone, which has overwhelmingly received raved reviews, this headset’s tandem with Google iPhone killer gives it more than enough tech credence.

Affordable VR headsets are about to hit the market in 2017

Another welcome news is that VR headsets are set to arrive at lower price points. This year, we’ve seen the rise of large tech giants like Microsoft’s HoloLens, the partnership between Facebook and Oculus, and the HTC Vive. We might not be able to afford their offerings at the moment. But now that we’re assured that VR isn’t going to be dominated by a monopoly, expect that the race towards who’s going to deliver a more affordable VR headset is next.

Smaller outfits have already signed up into helping Microsoft put forth more VR headset solutions to Windows customers. The list includes our usual PC makers like Dell, Lenovo, Acer, HP and Asus. During this year’s Microsoft’s event, they declared $299 as the price masses can expect to buy mixed reality headset soon. Windows 10 is proving to be the biggest bet Microsoft has made since they decided to launch their operating system with a graphical interface. They are certainly betting big that VR, might be where our next desktop would be.

The rise of VR gaming thanks to PlayStation VR

PlayStation VR is a gaming platform that’s available to us currently. With it, people can experience the most immersive games in a way where it can take advantage of the technology by far. Entertainment is a no-brainer use case for VR since it is obviously the next big leap to entertainment next to 3D and motion sensing technologies we’ve released the past years. It makes gaming even more immersive that no 4k resolution TV or even an awesome projector can compete.

People have almost always given feedback on how comfortable it is to wear. The games in it are also well polished likely because Sony is screening each and every game that comes out of it. You won’t see any drop in frame rate which when it occurs, coupled with sloppy graphics, makes some gamers motion sick and less immersive.

Although entertainment industries like gaming are usually the de facto beneficiary of the advancements we’ve accomplished thus far in virtual reality, there are more use cases where it may be placed to good use. One of which is crime scene reconstructions. Crime scene experts from the University of Zurich are looking into using Oculus Rift headsets and its VR technology in order to aid investigations of criminal trials. The information that can be gathered for a complete 3D reconstruction of a crime scene is a huge step up from evidence submitted in papers.

Virtual workspaces can also be a thing in the near future as there is already a startup based in Reykjavik, that uses VR headsets to turn off outside interference to affect people whose supposed to do focused work. In education, Unimersiv has a huge resource of online content that is ready to be used with Oculus Rift or Samsung Gear Headsets. Students can attend immersive virtual reality classes from almost any topic.

With projected industry revenue swelling to over $120 billion in the next 4 years, according to finance experts, virtual reality is starting to appear constantly in job boards. Forbes.com has noted that the difference between today’s VR related job-search trend and two years ago is a staggering 800% increase.

Recruiting companies are clamouring for developers who can help develop 3D games, apps, movies, etc… They need to be able to create as close to real-world environments as possible. Because of the challenges, a single project’s completion demands many disciplines to work together. Some of the most sought-after jobs in this lot are Unity developers, VR game engineers, VR sound effects specialists, UX/UI Designers. Cutting edge developers has the launch of Oculus Rift to thank as the surge coincides when it first launched in 2014.

Much like how smartphones have opened the floodgates for all kind of technology to penetrate our daily lives this past decade, virtual reality will bring the next wave of techs to our homes. Right now, almost everyone on the planet has a modern phone, meaning its market is already saturated. These 5 emerging trends we’ve mentioned above are very good indicators that the virtual reality industry may very well be the home of the next awesome innovations.