10 Best and Worst Countries to Start a Business

Every year World Bank, World Economic Forum and many other institutions release their report indexing various countries around the world on the basis of ease of doing business.

If you are a small or medium size business owner then you must read this article because it gives you an idea how countries are placed when it comes to doing ease of business.

We tried our best to give you an honest list where we rank 10 Best and Worst countries for starting a new business.

The criteria we have used to rank these countries are on the basis of tax rates and regulations imposed by the government. 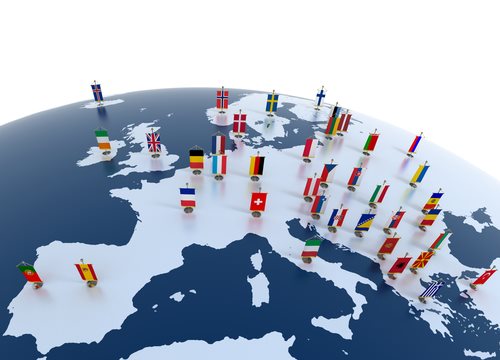 So let us start with the 10 best countries for starting a business.

Whether you are looking to start a small or big business, Singapore is the number 1 country for starting a business. So what makes Singapore number one in the list.

Well the tax rates are as low as 18.4% and the cost of starting your new business is just .6% according to the World Bank. What makes Singapore even more attractive place to start your business is swift and transparent judicial system. You can also easily own a property. That is why Singapore is the best.

Although Hong Kong is not a country, a city state with population of over 7 million people.

If you know it used to be number one but is slipped to Number 2 spot. The per capita income is over $55,000 and the city is based on free trade and low taxation. Although the city do support minimum wage but still it is a capitalist country.

The third in our list is South Korea again because of the tax rates. Tax rates are 33.2% much higher than Singapore but still better than other countries around the world. Cost of starting a business is 14.5%. However the per capita is only $27,000 which is quite less than any developed countries.

One of the great benefits is the judicial system because cases can be filed and conducted entirely online. Very few nations have this.

What makes United Kingdom totally special is cost of starting a business. You can start a business with a cost of just .1% which is lowest in the world. However tax rates are 32% lower than South Korea.

UK has also reduced the corporate taxes in recent years making it more competitive with other countries. However the country has still to catch up with bureaucratic and regulatory conditions compared to Singapore and Hong Kong.

As you know US is the largest economy in the world and we listed it in 5th position. If you have a great & unique business idea then there is no country better than US to start a small business.

Sweden is like a socialist country but it manages to be one of the best countries for starting a business. The first reason is low cost of starting a business at just .5%. However the tax rate is very bad at 49%. However Swedish government has taken certain steps like easing the regulation laws and other bureaucratic hurdles. In fact in certain ways it is much better than US.

As you know Norway is one of the richest countries in the world with per capita of over $100,000. This makes the country to start a new business very easy. The cost of starting a business is .9% which is quite low.

However tax rate is still high at 39.5%. You can online register your business and bank account. But you might have to face tough regulations before you think of starting a new business.

Denmark is also a great place if you want to start your new business. The cost of starting business is as low as .2%. Recently the country has implemented various kinds of business reforms to boost the flow of FDI. The tax rate is quite low at 24%. You get all the documentation required for your business in minutes.

Finland is really great when it comes to assist failing business. The country has best legal framework to support this. The cost of starting the business is just 1% but the income tax rate is high at 38%. But the great thing is government allows bankrupt companies to take new loans if they want to. The government has also reduced the corporate income tax in recent years.

The last country in our list is Macedonia. Although it is a second world country with a per capita income of $5,000 but still we liked to include it in the list. It only cost you .1% to start your business in this country and the tax rates are as lows as 12.9%. Starting your business there could be just one step or one day away because all the documentations are completed in just a day.

So these were 10 best countries.

If you know I haven’t mentioned countries like Australia or New Zeeland in the list but they are also great places to start your new business.

Now Let us see 10 Worst countries to start a business. Although you don’t need to know because you are not going to start business there but still I am giving you a list.

Eritrea is an African country with lowest per capita income in the world. The country has no documentation process for imports and exports.

Libya an oil rich country is second in our list. After the fall of Gaddafi the country is in the grip of civil war.

The cost of business is also very high at 27% and the total tax rate is 22%. It is certainly not a right place to do business.

The country came into existence in the year 2011. Because of its regulations doing business has become very difficult.

Documentations are also very time-consuming. The cost of doing business is just too high at 330%. You simply can’t do business here.

The country is run by a social dictator with all sorts of regulations. The entire economy is nationalized and the cost of doing business is 88.7% and tax rate of 10%.

You would be surprised to know that CAP offers 0% tax rate but the cost of doing business is over 200%.

The poor infrastructure and connectivity does not allow doing any business here.

Again lack of law and order and infrastructure makes it really difficult to do business in Congo.

Chad is marred with internal conflict and high cost doing business at around 150%.

The tax rate is also high at 31%. Even though the government has made some reforms but still it is hard to do business.

After years of dictatorship Haiti has got least favorable business conditions.

Angola has shown some improvement as compared to other sub Saharan African countries.

The last in our list is Equatorial Guinea with a per capita income of over $13,000 has over 20% tax rates.

So these were 10 best and worst countries for starting a new business.