Android 4.2: Enhancing the Experience and Flavor of Jelly Bean 4.1

Android evolution is a story in itself: From a raw platform that made its debut in 2008 on the T-Mobile G1 to the world’s most popular and used mobile platform, Android has evolved from rags to riches. The regular updates of Android have made it really hard for the competitors to keep the pace with this amazing operating system.

The launch of Android 4.0 Ice Cream Sandwich was a breakthrough moment for the Android developers as ICS was a major build by Google and brought some drastic changes in the OS. Whereas, Android 4.1 Jelly Bean added the perfect flavors to the OS by improving the usability and performance of the platform.

Now Google is all set with the latest addition in its Android platform with 4.2 “Jelly Bean”(not “Key Lime Pie”, as rumored). Android 4.2, the latest flavor of Jelly Bean, might have made a slight 0.1 numerical change in its name, but don’t let this small change fool you, as this version has brought many intelligent modifications to the mobile OS. So without any further ado, check out the flavors of Android 4.2:

With this new version of Jelly Bean, Android has made sure that its users get a powerful new security system built right in the platform. To improvise the security they have added a real-time app scanning service that scans your apps instantly when you install them on your device for any malicious code. Earlier the security technology by Google worked exclusively on the server side and analyzed apps uploaded in the Play Store, but the new and improved security feature can scan your device as soon as you install an app from any third party sources, aside from those downloaded from the Play Store. 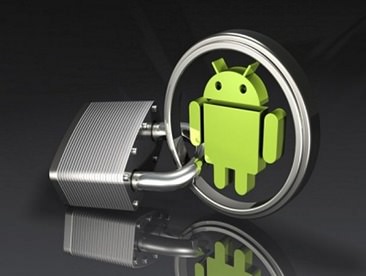 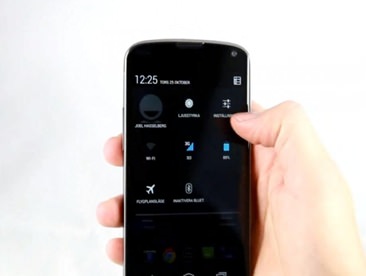 Swype gets a blow from Android with Gesture Typing

This feature is inspired from the Android app “Swype” keyboard. With this amazing keyboard one can write messages on the go. You just have to glide your finger over the letters that you want to type and lift after each word and the keyboard will figure out what you’re typing and will automatically enter space after a word. Let’s see if Google can beat Swype, an app that is already quite popular in the Play Store. 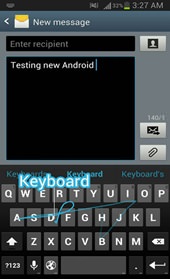 This feature of Jelly Bean 4.2 comes in handy for the households having one tab, as Google adds multiple user support for tablets. With Multiuser feature, users can switch to their own separate accounts on tablets. Each user can individually customize their own account with their own home screen, widgets and more. 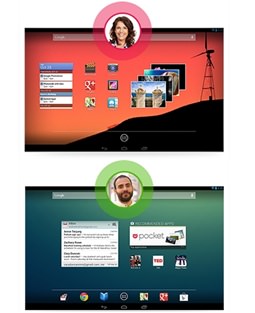 Widgets on the lock screen

Now this might sound quite exciting and interesting as Android 4.2 will allow users to add widgets to the lock screen, and you can access them without unlocking the screen. All you have to do is to scroll to the sides of lock screen to browse through the widgets. Though it might feel like a simple feature but still I think that it will be used more often.

Photosphere for the shutterbugs

Android 4.2 has brought a nice change for all the shutterbugs with the feature called Photosphere which allows users to shoot photos from different directions. Photosphere is the natural evolution of Google’s panorama mode, that lets you take 360-degree, bubble-esque snapshots of the world around you, and also instantly upload the images to Google+ or Google Maps. 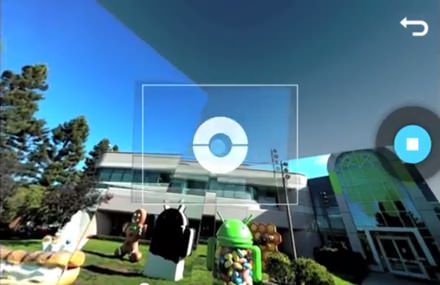 Cherish your memories with daydream

As the name suggests, this feature displays delightful and useful information when your smartphone is docked or idle. It opens your photo albums and gets the latest news from Google – sounds like a great app to me as one can use it as a digital photo frame. 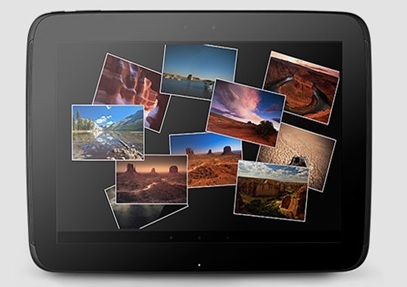 Initially the Jelly Bean 4.2 update is going to be launched with only Nexus 4 and Nexus 10 on 13 November 2012. Google has surpassed Jelly Bean 4.1 with leaps and bounds with this new update as it offers many interesting features and much improved user interface. Many Android-based smartphones still haven’t got the 4.1 update and here Google comes with even better software. But fortunately you can still grab the new Nexus 4 and Nexus 10 to enjoy this new flavor of Jelly bean.