Cross-browser testing that is done manually is neither efficient nor scalable since it will take a long time to test on all possible operating systems, browsers, and their versions. Every other developer has gone through the stage where they feel that they are stuck while testing. If code changes across hundreds of OS and browsers permutations, your release window will shrink even more. This is why automation testing is so important in today’s release cycles since it speeds up the whole cross-browser compatibility process.

Selenium is often regarded as the “crown prince” of the test automation frameworks when it comes to automated browser testing. Selenium Grid, out of the overall Selenium project, has proved highly useful for web automation aficionados, allowing them to execute concurrent Selenium testing. 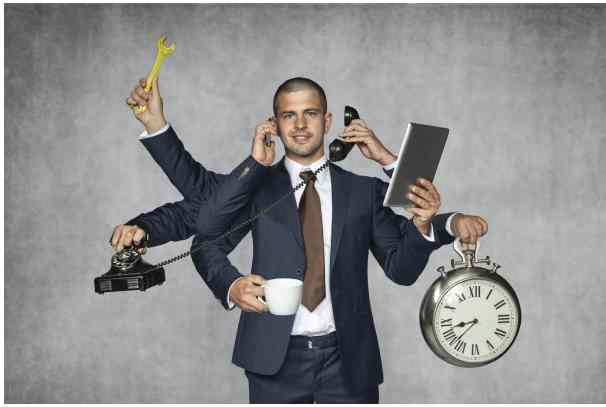 Before diving into the advantages of utilizing Cloud Selenium Grid for test automation, it’s important to understand the fundamentals of Selenium.

Selenium is an open-source testing framework for automating the activities of the product being tested. To put it another way, Selenium automates the behavior of a web browser while enabling you to create test scripts in a variety of computer languages such as Ruby, Java, PHP, C#, Python, NodeJS, and others. Selenium-based tests are great for evaluating various browser types and versions.

The Selenium project is divided into three parts.

What Is The Meaning Of Selenium Grid On Cloud?

Selenium Grid is a software testing environment that allows QAs to run tests in parallel across several devices and browsers with different operating systems. It is simply a system that uses cloud-based servers to make the whole capability of a Selenium Grid instantly available. As a result, it’s known as Selenium Grid on Cloud.

What Are The Advantages Of Performing Web Automation Testing On Cloud Selenium Grid?

Because various versions of these web browsers are used by different clients, testing against those browser combinations is critical. As a web developer, you can’t avoid the crucial work of cross-browser testing your product’s functionality on multiple versions and kinds of web browsers.

The Selenium framework supports all major online browsers, including Chrome, Firefox, Internet Explorer, Safari, and Microsoft Edge. The Selenium framework is developed in a modularized fashion; thus, the Selenium WebDriver interacts with the underlying web elements on a web page. Selenium WebDriver is a critical component that connects test suites and the web browser used for testing. This allows you to run the same test script in multiple browser versions or on different web browsers.

The first thing a software engineer looks for when evaluating a new test framework is ‘programming language support.’ The Selenium test framework has a significant advantage in this area since it supports the most common programming languages such as JavaScript, Ruby on Rails, C#, Python, and Perl, among others. As a result, skilled programmers prefer Selenium test automation since all they have to do is study the details of Selenium Grid automation and apply it to their projects.

3. Support For A Specific Framework

When utilizing the Selenium test framework, you don’t have to worry about the framework. Selenium-supporting programming languages come with built-in test frameworks that make browser compatibility testing a breeze. The only learning curve here is learning how to utilize the proper framework with Selenium. You’ll be able to utilize Selenium test automation to create scalable and modular test cases for your project after you’ve completed the learning process.

Selenium is an open-source testing framework. It is absolutely free to use. The Selenium automation framework has seen major improvements over a period of time.

If the community does not actively participate in an open-source project, it may see a slow decline. The Selenium framework, on the other hand, has a thriving community of users and developers who participate in several development forums.

Whether you use Selenium for automated testing or conduct manual testing, it takes time, if not a lot of time. It is also vital to keep a check on how the testing is progressing while it is going on. Manual reporting might be cumbersome as well. Selenium, on the other hand, may be coupled with a variety of third-party frameworks that can give you reliable reports so that you can track the testing process’ progress.

When you use shift-left testing, powerful reporting tools become even more successful since the testing team works closely with the development team, and thorough results may assist developers in spotting possible software bugs.

Automation test reports assist in reducing the amount of effort spent maintaining test data and outcomes. Selenium may be connected with third-party frameworks to provide thorough test reports that include the whole test execution flow, as well as the input data and test outcomes. HtmlTestRunner is a PyUnit (for Python) companion package that simplifies the production of test reports. Similarly, the NUnit framework (in C#), TestNG framework (in Java), and others make it easier to create and maintain test reports.

6. Parallel Execution Of The Test

Parallel Test Execution is a feature that allows you to run many tests at the same time. There are two methods for testing. The first is serial test execution, which takes longer than parallel test execution. This is where Selenium automated testing comes in handy since it enables simultaneous testing. This will save time, and you will also get greater test coverage.

Because the code must be evaluated on ‘N’ combinations of browsers and their versions on various operating systems, code duplication is a significant difficulty, particularly in cross-browser testing scenarios. If the test code is not properly maintained, it might grow in size needlessly.

Regardless of the test framework chosen, developers should make a deliberate effort to prevent code duplication, resulting in greater portability and maintenance of the test code. Code regrouping, refactoring,  Page Object Model (POM), and other Selenium Grid framework features/practices help eliminate code duplication and create tests that utilize code reusability. Instead of cleaning up a nasty and unmaintainable piece of source code, this frees up resources for more vital activities.

Testing on mobiles should always be a priority when developing a website or a web-based application. You must also check that there are no usability difficulties on mobile devices, in addition to cross-browser testing on desktop devices. Selenium Grid, along with allied frameworks such as PyTest, NUnit, and others, can only be used to test across a variety of browsers and operating systems for mostly desktop devices.

You must use Appium to do automated browser testing for your website/web application to guarantee that there are no cross-browser compatibility problems on mobile devices. Appium includes tools for testing hybrid, hybrid, and mobile web applications. Appium makes use of the Selenium WebDriver, which is useful for testing applications on iOS, Android, and Windows. Appium, like Selenium, supports a wide range of programming languages. If you’re familiar with the Selenium framework, you’ll have an easier time getting started with Appium.

When looking for a cloud-based browser compatibility platform, look for one that offers Selenium test automation as well as Appium automated testing on their Grid.

You may already know that 100% test automation is impossible to accomplish. This is especially true with UI testing, which may be sluggish and fragile. However, in the Continuous Integration (CI)/Continuous Delivery (CD) pipeline, automated browser testing is still viable.

The following are some of the main advantages of implementing automated testing in the CI/CD pipeline:

The Selenium framework may be used in conjunction with common CI/CD systems like Docker, Jenkins, and others to make use of the benefits of continuous testing. This allows developers to make the most of Selenium test automation for cross-browser scenarios verification. You can simply automate Selenium test scripts if you use a Selenium Grid on LambdaTest, a cloud-based platform that will help to get better scalability along with faster performance. They offer 3000+ combinations of operating systems, browsers, and versions.

You will run across technical hurdles while developing code, regardless of whether you are a seasoned programmer or a complete novice.

That is when you should seek assistance from the technical community/technical forums since this is the best place to receive answers to all of your technical questions. Selenium test automation has a thriving support environment since it is extensively utilized by consumer tech companies as well as large corporations.

Selenium is a framework that is frequently used for cross-browser testing, which is necessary to ensure that a product’s functionality and UI design are consistent across many browsers and devices.   Because Selenium test automation is simple to get started with, it is utilized by both startups and major corporations. Cloud-based browser compatibility testing by using the Remote Selenium Grid is favored for a more cost-effective Selenium test automation. Using a cloud-based Selenium Grid to run several test cases in parallel is just more practical.