A Good Game of Pool and The Future of Social Networking

Amid all the distortion and noise that has accompanied Google’s buzz-worthy (pun intended), latest entry into the realm of social networking, much of it couched in either/or scenarios, an analogy has been ignored. When assessing the past, present and future of online networking, think but one word: pool (as in American cousin to billiards). Somewhere in the mix is a great analogy to the game in which bank shots, the occasional scratch and myriad permutations are the stuff of legends. 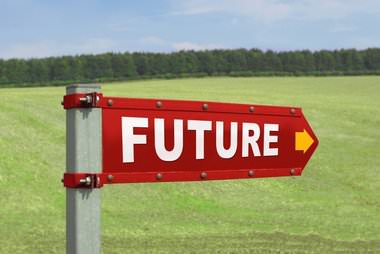 By now, barely a month after the invitation-only launch of Google+, early pronouncements of how Facebook or Twitter would soon join MySpace in obscurity seem absurdly premature. At the feverish tempo in which social networking is developing, the addition to user choices by the search engine giant should not be seen as a move designed to eliminate or ever overtake the existing services. Like a well-aimed break in the game of pool, the trajectories of all involved will change, with many new opportunities appearing when each interaction dissipates sufficiently. Those new fortunes – think pockets on a pool table –will mean change, but not demise.

Features, browsers, plug-ins, privacy issues, user profiles, SEO implications and compatibility will further shift, evolve and find new homes with Google+ and Facebook, as well as Twitter, LinkedIn and perhaps a yet unheard of new niche service. Though still a short period, data from this past month appear to support this position.

In a recent survey appearing in Bloomberg, Google+ has already signed up 13% of the U.S. adult population and is on target to best both Twitter and LinkedIn as second most popular networking site behind Facebook, with its roughly 70% penetration of adults in the U.S. Those predictions are impressive, but they don’t support the idea that Google is trying to overtake Facebook, or for that matter, Twitter or LinkedIn.

Consider the differences in user profiles and privacy concerns between Google+ and Facebook. In the same poll cited above, 31% of those surveyed who initially signed up for Google+ accounts and also had a Facebook account never used, or abandoned outright the Google account. Still, Reuters reports that Google+ has achieved a record smashing 25 million users in just over a month, a figure that took Facebook three years and Twitter two-and-a-half years to reach, respectively. Starting with over 175 million Gmail users, Google’s initial invitation-only marketing strategy, one many industry watchers are applauding as a very deliberate, very old sales tactic of offering “limited” availability, thus creating demand, one that would make P.T. Barnum smile, is hardly hoping for the best with this new release. In fact, and this is pure speculation, Google Buzz may one day be seen as an astute reconnaissance of the social networking market than the current view as a flop. Gmail users, generally a more technical savvy profile than other free e-mail account users, are also likely to have different privacy expectations than many, something that makes Google+ more appealing to this group than either Facebook or Twitter.

With Google’s new offering, posts can easily be restricted to groups, called circles, of recipients. While Facebook users have only recently begun to use setting features (only recently available) to segregate bachelor party posts from those of the actual wedding, each going to distinctly different relationships, the default privacy setting remains universal for all to see on Facebook. Twitter has not yet differentiated recipients as certain notorious news items can attest. Like the pool analogy, different spheres will find different pockets into which they will eventually light.

The bottom line for social networking is that adjustments, not eliminations, can be expected as responses to user behaviors, demands and preferences. As the stripes and solids settle after each interaction, in this case with a growing market, new positions will become apparent and once competing entities will likely find that they’re not aiming for the same pockets, allowing more collaboration, each service playing to its own strengths, while temporarily benefiting from another’s position on the table, just like a great combination shot.

Author Bio:-Jesse Langley lives near Chicago. He divides his time among work, writing and family life. He writes on behalf of Colorado Technical University and has a keen interest in blogging and social media.