With mobile gaming being a booming industry with a very low barrier to entry, there are a lot of great games out there for mobile devices. There are also about twenty absolute garbage shovelware games out there for every halfway decent one. With great games being such diamonds in the rough, it can be hard to sort through all the other low quality games, especially on Android. With that in mind, here are 6 mobile games worth taking a look at.

While it’s not exactly new, Clash Royale is certainly a solid card based strategy game that provides a lot of value for a free to play game. While it does have some of the freemium model staples like having to wait for reward chests to open (anywhere from 3-24 hours), there really isn’t any other limiting factor. You can play as much as you want without having to wait (though there is a daily limit for earning gold from games), and the game has a large active community. The game functions similar to a tower defense game, only instead of dropping down the towers, you and your opponent play units and spells to destroy the opponent’s king tower. Each card has an elixir cost, from 1-10, and you gain elixir over time (at a rate of about 1 elixir per second). Since it’s from the same creators as Clash of Clans, there are a lot or returning faces, like the iconic barbarians. Games also only last around 3-5 minutes at their longest, so it’s great for bathroom breaks, car rides, or any time you have a spare moment. 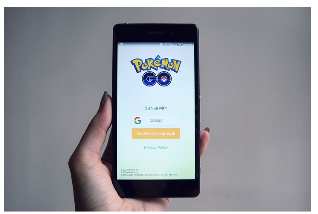 Pokemon Go is a game that needs no introduction. Having taken the world by storm, this game was all the rage last year, and is making a resurgence. With the addition of legendary Pokemon, shiny Pokemon, and a ton of quality of life updates, now is as good a time as any to get in on the Pokemon craze.

For those of you who just want to sit back, relax, and get the Las Vegas experience without the long flights and that nasty hangover, Mike Tyson Roulette might be the game for you. This Mobile Casino game puts a interesting twist on the classic roulette wheel, in which you bet on where you think the ball will land with all the standard betting options like black, red, straight, and column. There’s also a chance that Mike Tyson’s face will appear on the wheel, triggering the Knockout Bonus feature, in which you punch one of four punching bags to release a prize before either ending the round or pressing on towards the $500 payout. 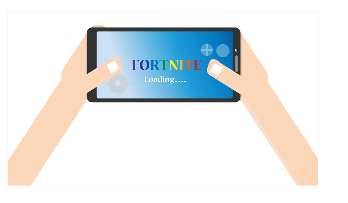 Whether you love it or hate it, Fortnite is definitely the next big craze. With a game this hot, it’s no wonder there’s a mobile port of the game. The biggest downside to getting this battle royale game on your phone is that you’ll have to download it directly from the Epic Games store, as it’s not listed on the Google Play store or App Store. Otherwise, the game is the same old battle royale adrenaline rush you’d expect from Fortnite.

For fans of the Monster Hunter series, Monster Hunter Stories is a great mobile game based in the same universe. The graphics are drawn in a more cartoon-like style than the mainstay series, but the game play is just as solid and well worth the $20 price tag. That $20 price tag also gets you everything in the game, no in-game purchases or paid unlockables.

While it was originally only available on Apple devices, Super Mario Run has finally made its way over to Android. Nintendo’s first major foray in the mobile market takes the traditional Mario formula and aesthetic and puts a unique spin on it. Applying the auto-runner formula to the Mario franchise, the game has you making precise jumps and bouncing off of obstacles to collect coins and clear levels. The first three levels are free as a demo, but the rest require a one time purchase of $9.99 to unlock. There are a good chunk of levels, along with multiple modes of play and leader boards to keep you busy, so it’s well worth the price.

With all of the games out on the market, this is just a small sampling of some of the gold waiting to be discovered in the great big ocean that is the App Store and Google Play Store. While these are in no particular order in terms of quality, they all provide a ton of value for their cost (many of which are free, and you can’t beat free).