Near-field communication (NFC) is in the process of getting rid of our purses, wallets, credit cards and discount cards and replacing them, instead, with smartphone cameras.

The job of building and implementing the technology itself, persuading consumers to use it and shops to accept it, has been so large that it’s sometimes easy to forget that, at the end of it all, we’ll be paying in a very different way to how we do now. 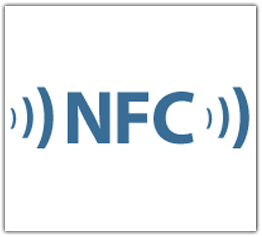 In some senses it’s a straight forward swap – credit card for smartphone – all that’s different is what you hand over to the retailer but there’s a huge potential in this technology to create much more value and, in effect, make smarter spending a lot easier for consumers.

Here are three ways we hope it will change making payments for the better.

Certainly in the early days of NFC payments I think we can expect a lot of ‘tapping in’ discounts in stores and restaurants, incentives from the NFC technology companies, who have sunk so much money into this idea, to pay by phone.

In the near future, we can also expect to see integration with reward programs which already have apps to their names.  Right now many schemes help users to find their participating retailers using apps integrated with maps and/or GPS, NFC is an obviously adjunct to that.

Indeed, this is already happening, to some extent, with the daily deals sites like Groupon.

They already allow retailers to scan a barcode on a phone to redeem pre-paid specials offers.

Currently, budgeting sites such as Lovemoney in the UK and Mint in the US allow consumers to keep track of all their bank accounts in one place.

The major drawback of these sites, though, as with all budgeting, is finding the time to sit down to classify transactions and sort through budget targets.

With NFC, smart sites could allow us to do that as we go along with a minimum of effort and keep us informed on our saving and budgeting goals, too.

Sites like ReadyforZero have shown that a simple idea – in that case, a clear interface to help people beat their debts – can have big results.

An integrated app that could help people make the most of their credit card deals could offer a range of alerts to help confused credit card consumers.

Here are just a few tasks we can imagine for that app: letting people know when they’ve accidentally made a more expensive cash transaction instead of a purchase; alerting them if they’re about to go over the card’s credit limit or letting them know when their 0% balance transfer offer is going to come to an end.

Author Bio:- This is a guest post from Choose, a UK credit card comparison site, which specializes in 0% balance transfer credit cards.